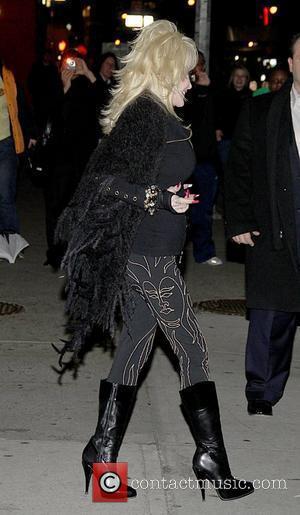 Reviews of Dolly Parton 's new movie Joyful Noise have been less than complimentary to the country music star, who celebrates her 66th birthday next week. The New York Times critic, Stephen Holden, went so far as to summarise the movie, "A lower echelon of musical comedy hell (or heaven, if you love the hoariest musical comedy cliches)."
The film, which also stars Queen Latifah, Keke Palmer and Jeremy Jordan, centres around a gospel choir who face internal fighting and struggles as they prepare for a national competition. It features the choir singing gospel versions of a number of popular songs, including 'Man In The Mirror' by Michael Jackson. The Chicago Sun Times critic Roger Ebert remarked on its musical content by saying "The strange thing is that it makes no particular effort to please its target audience, which would seem to be lovers of gospel choirs." Melissa Anderson of Village Voice called the movie "A hot holy mess of the sacred and the inane."
It wasn't all bad news for the lightweight musical comedy, though. The Washington Post's Stephanie Merry argued that "despite some mawkish dialogue, there's something to be said for leaving the theater with a smile." Dolly Parton's performance in the film may not have attracted rave reviews but a new chest tattoo that she appears to have between her breasts has certainly been turning heads. The small bouquet of flowers was just visible when she wore a low-cut dress to the film's premiere.