Dolly Parton thinks she would be a ''perfect fit'' for a duet with Madonna. 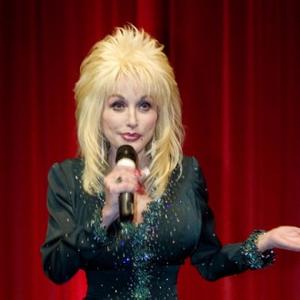 The country legend has always wanted to work with the 'Like a Prayer' singer, and thinks their styles would be a good match.

She told The Sunday Times newspaper: "I'd love to do a duet â always wanted to work with Madonna, but she never asked."

She added that either Madonna or Lady GaGa would be: "The perfect fit. Im as outrageous as they are. I was gaudy before they were gaudy."

Dolly is no stranger to the young stars of today and has also previously said she would love to star on a song with musician Jack White, and met rapper Tinie Tempah, who introduced her to his mother, Rosemary.

A source said: "Tinie has been a big fan of Dolly's since he was a little boy. He was on tour but arranged for his mum and sister Kelly to spend some time with Dolly.

"She said she would be up for talking about a collaboration and said Tinie would crack America no problem at all."