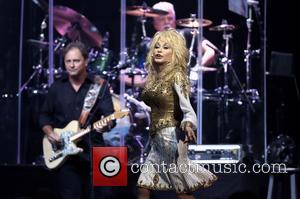 The 9 to 5 hitmaker was the queen of the 2014 event after her late afternoon set drew Glastonbury's largest ever single crowd, and she easily stole the show from the weekend's main headliners Arcade Fire, Metallica, and Kasabian.

Parton told the audience during her slot that it had been her lifelong dream to perform at the famed festival, but now she has revealed she had previously turned down an offer from Glastonbury bosses on six previous occasions since 2006.

She eventually agreed to organisers' requests to join the bill for this year's event after it was tacitly acknowledged she would not be invited again, according to British newspaper The Guardian.

Describing walking out onto the Glastonbury stage, Parton tells the publication, "(I was) tense, nervous, wasn't sure I would fit in that crowd."