Why We're Thinking About Dolly Parton This Christmas

Here's why we love this legendary country star.

It's safe to say that 2016 hasn't been everyone's year, but one person who hasn't failed to put a smile on millions of people's faces is Dolly Parton. This year she's illustrated precisely everything we love about the legendary country singer, from her tunes to her philanthropy. 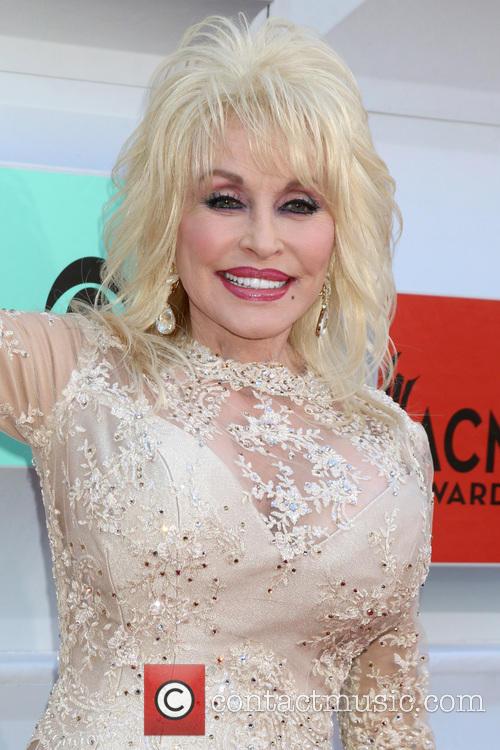 2016 has been quite the year for Dolly Parton

She turned 70-years-old this year and yet she still rocks her bottle blonde locks, bright make-up, sexy curves and rhinestone-studded stage outfits better than anyone. But it's not just her glamour that has maintained her household name status, not is it just her epic international hits like 'Jolene', '9 To 5', 'I Will Always Love You' and 'Coat of Many Colors'.

Dolly is an important humanitarian. In the 80s, the country queen founded her Dollywood Foundation; a charitable trust with which she has funded literacy programs, campaigned for animal rights and conservation, and raised money for the American Red Cross, HIV/AIDS charities and cancer organisations.

This year she hosted the three-hour telethon 'Smoky Mountains Rise: A Benefit for the My People Fund' where she raised $9 million for the victims of the Tennessee wildfires - a cause extremely close to her heart because that's where she grew up. Alongside this, she pledged to pay $1,000 a month to victims of the fire in her My People Fund, helping those who have lost their homes and memories rebuild.

Her charity work has been so impactful, that this year has seen her inducted into The Happiness Hall of Fame; a non-profit board that recognizes people who have brought joy into the world including Muhammad Ali, Deepak Chopra, Saint Mother Teresa and MC Hammer.

It's been a great year for her music too. She landed her first US Country number one in 25 years with this year's album 'Pure & Simple' which she wrote and self-produced. As well as a handful of original songs, the album also included recordings such as her 70s duets with Porter Wagoner ('Tomorrow Is Forever' and 'Say Forever You'll Be Mine'). Dolly followed up the album release with her Pure & Simple Tour taking her across the US and Canada between June and December. Even at her age, you can't drag her away from a live audience.

She also launched 'The Complete Trio Collection'; a box set of her work with Emmylou Harris and Linda Ronstadt on 1987's 'Trio' and 1999's 'Trio II'. So this has been quite the year of nostalgia for Dolly.

The story sees the Parton children - including Dolly - and the father sacrifice their Christmas in order to pay for a wedding ring for her mother, but it's also a time where Dolly's vocal talents are starting to get noticed.

If you didn't love Dolly before the movie, you might change your mind after you've seen it.