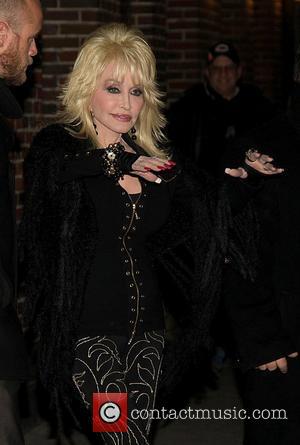 Dolly Parton received a "tremendous boost" in songwriting royalties for her track I Will Always Love You following Whitney Houston's death.

Houston's 1992 version of the ballad, which Parton wrote in the 1970s, returned to the top of the charts after she passed away in February (12), as fans flocked to purchase her signature hit.

The country icon previously admitted she was left "shattered" by Houston's death, and now she has revealed she netted a fortune from the international smash.

Parton tells Britain's Daily Star Sunday, "I've had a tremendous boost in finances since Whitney passed on because there have been lots of new Best Of albums and different people recording the song.

"It really did boost sales. I am so thankful to God for that and to Whitney who did such a good job with it. She made the song go worldwide when it was first released. It's a song which keeps me in wigs, hair and make-up."

Parton, who is said to be worth an estimated $400 million (£250 million), adds, "I still need to work - I have a big family to ­support. Nobody ever makes that much money, not the kind of money I spend anyway!"