Dolly Parton Goes to Glastonbury, Gets a Tonne of New Fans and Maybe Even a Dog

Just when you thought it was impossible to love Dolly Parton more, the 68-year-old country star has turned out to be a knight in shining armour for one abandoned Glastonbury dog. Dolly the Dog, named after Parton, is being cared for at an animal shelter but the RSPCA warns animal abandonments are on the rise and many others are not so lucky.

When "sweet natured, older lady" Dolly was discovered at the Glastonbury Festival (28th-29th June), hidden in a small tent with little food and no water, we all assumed something had gone horribly wrong for the headlining country music icon. 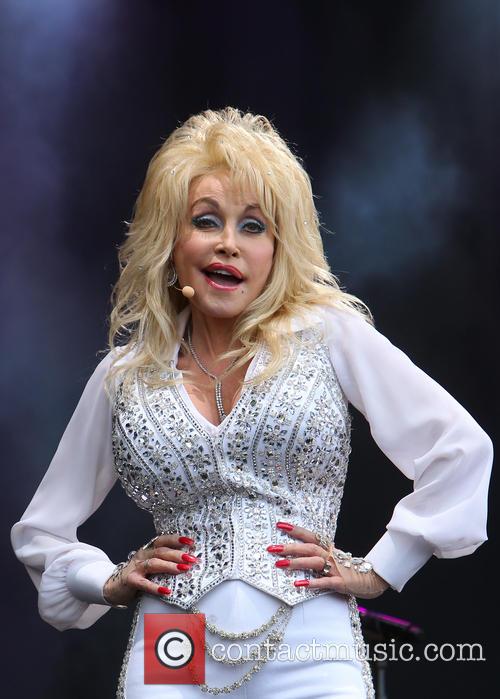 Read More: Q.1) Did Dolly Parton Mime At Glastonbury? Q.2) Should We Care?

But Dolly turned out to be a white lurcher who had been abandoned or lost at the music festival. She was discovered during the cleanup operation of the 1200 acre Worthy Farm, Somerset where the festival is held annually. Named after the headline act at Glastonbury 2014, Dolly Parton, Dolly the Dog was immediately taken to a nearby animal shelter.

The shelter in question, Happy Landings, is located in the Somerset town of Shepton Mallet but is currently full so Dolly is living with a member of staff for the time being. She is being cared for and has received medical treatment, as the Happy Landings staff state on their website. Dolly has been treated for a serious ear infection and will not be rehomed until her health problems have been thoroughly assessed. But if Dolly's owners are not located and she is ready to embark on a new life, a rhinestone collar may be in her future.

Heard about the abandoned dog at @GlastoFest? If nobody claims her, I'll take her home to America! Ain't she cute :) pic.twitter.com/mBZ41NUS9V

Things seem to be on the up for Dolly the Dog as her namesake, Parton, has offered to take her in if her real owners cannot be located. In a video sent to the shelter, the 'Jolene' singer explained how the shelter had been contacted and she had offered to give Dolly a new home. As the BBC reports, Parton said  "I had my manager call the Happy Landings animal shelter to make sure the dog is being treated and cared for properly. At this time, nobody has claimed the dog and the dog is in great hands at the shelter. I will take the dog home to America if nobody claims her within a reasonable amount of time." Parton also tweeted of her plans to rehome "cute" Dolly the Dog.

Fortunately for Dolly, she was discovered in time and it looks as though she will be rehomed. Sadly for many other animals, their fates are very different. The RSPCA and other charities wage a constant battle against animal cruelty but the situation, owing to the economic climate, has worsened. The number of abandoned pets has increased dramatically by 34% since 2010, according to the BBC. Most recently a tiny kitten was discovered thrown into a bottle bank in Harrogate, North Yorkshire whilst other animals have been discovered in some horrendous places and conditions. Last year alone: chinchillas were discovered in a cage in a cemetery, a mother cat and her kittens were found in a wheelie bin, and a dog was abandoned in a duffel bag.

If you want to read more about animal cruelty statistics or see how you can help, visit the RSPCA's website. 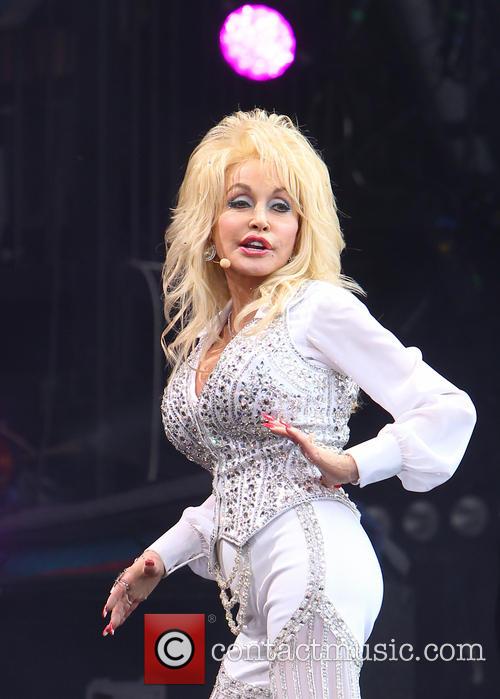 Dolly Parton has offered to rehome Dolly the Dog.