In episode one of season eleven, the Doctor teams up with a dyspraxic young man named Ryan Sinclair (Tosin Cole), his nan Grace (Sharon D. Clarke) and her husband Graham (Bradley Walsh), and a police officer named Yasmin Khan (Mandip Gill) to take on an alien who has invaded Sheffield with the intention of killing a human and taking a tooth back to his home planet as a trophy to win their trust as a leader.

After an attack on a train, they've all been implanted with DNA bombs from a mass of Gathering Coils being used by this alien - Tzim-Sha of the Stenza race, also known as 'Tim Shaw' - to hunt down humans. They find his pod that he has since broken out of, and discover that he has targeted a crane operator named Karl with self-esteem issues and they put their life on the line to rescue him from a very dizzy height. 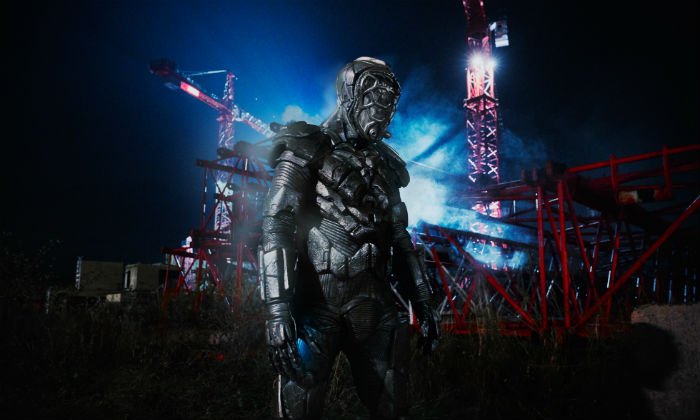 The Doctor does manage to transfer their DNA bombs back into the Coil, forcing Tim Shaw to accidentally implant them into his own body when he interacts with it after she confiscates his recall device from his pod. She sends the alien home but, unfortunately, it's not an entirely happy ending. Grace sacrificed herself while destroying the Coil, devastating Ryan and Graham.

But there's no time to grieve for the Doctor; she's only just remembered her identity, she's in dire need of a new outfit and her TARDIS is still lost in space. Her new friends agree to help her teleport into towards the approximate co-ordinates of the TARDIS when she left it, only to find they she's accidentally brought them all along for the ride.

So far the episode has been praised for its racially diverse cast and the way it handles dyspraxia, but what has gripped the imagination most is that we are seeing a Doctor who is still the Doctor we all know and love regardless of her now being a woman. She's still in love with danger, she's still thinking at warp speed, and she's still talking to aliens like they're naughty children.