Tennant 'To Become A Dad' 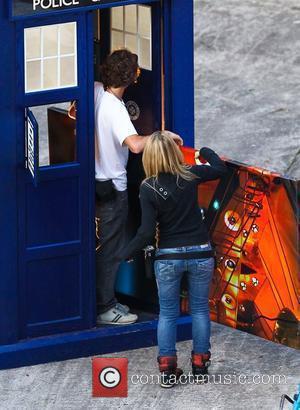 Picture: The Tardis 'Doctor Who' filming on location in the south west of the country. England - 21.09.10

Former Doctor Who star David Tennant has more good news to celebrate following his engagement earlier this month (Jan11) - he's set to become a first-time father, according to U.K. reports.
The Scottish actor recently proposed to girlfriend Georgia Moffett, the daughter of another former Doctor Who, Peter Davison. The pair has been dating since she appeared on the time-travelling sci-fi show in 2008.
The couple is reported to be planning a New Year's Day 2012 wedding, and there will be an extra special little guest at the nuptials - Moffett is pregnant, according to Britain's The Sun newspaper.
A source tells the publication, "David is thrilled."
Moffett already has an eight-year-old son, Tyler, from a previous relationship.
The insider adds, "David gets along brilliantly with Tyler and can't wait for the baby."