Peter Davison has revealed he would not ''turn his back'' on an offer to return to 'Doctor Who' for the show's 50th anniversary in November 2013. 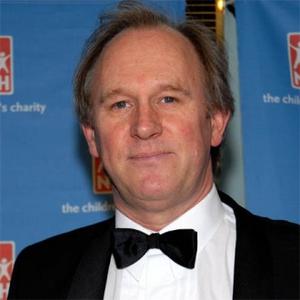 Peter Davison wants to return to 'Doctor Who for the show's 50th anniversary.

The actor would love to reprise his role as the Fifth Doctor when the BBC sci-fi series celebrates the landmark date in November 2013 but doesn't think it is very likely to happen because he accepts it is hard for the writers to find a way to bring back previous Incarnations of the Time Lord.

When asked if he return for the special occasion, Peter - who played the titular character for three years from 1981 to 1984 - exclusively told BANG Showbiz: "I feel no need to turn my back on it, but I don't feel like it's the kind of thing they'd do. I'd be very surprised if they tried to do anything involving the old Doctors because it always takes a slight stretch of the imagination anyway to figure out why the previous Doctors look older . but I'm sure that can be done.

"But at the same time I'm not sort of longing on it. I'm perfectly happy to have played my part to go back to 'Time Crash'. I don't feel like I'm hanging on a phone call from the 'Doctor Who' offices saying let's do something special."

The 60-year-old actor has come up with a solution for how showrunner Steven Moffat can team him and some of the previous Time Lords - who include Fourth Doctor Tom Baker, Seventh Doctor Sylvester McCoy and Tenth Doctor David Tennant, who appeared with Peter in 2007 'Children In Need' mini-episode 'Time Crash' - with current TARDIS occupant Matt Smith.

Peter - who was speaking to promote the Network DVD release of 80s BBC comedy-drama series 'A Very Peculiar Practice'- quipped: "Unfortunately, there are less and less Doctors around to bring back. Maybe I can be in it without never having do any work and just turn up so they can take my image. Maybe the characters can into a computer and become animations - that would be good. It could be like 'Doctor Who' and 'The Simpsons' or something."

The box set of 'A Very Peculiar Practice' - in which Peter played Doctor Stephen Daker, an idealistic young physician who takes on a post at a university medical centre - is available to buy now.