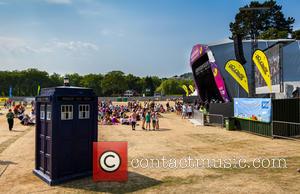 Departing Doctor Who star Matt Smith is intrigued to find out how the sci-fi series' creator Steven Moffat will deal with his missing hair.

The British actor recently shaved off his famous Tv hairstyle and now sports a tidy crop, and he's encouraging Moffat to devise a plotline that explains his new look.

He tells Wenn, "The coif will be there for the finale in some way, shape, or form, but I think it could be quite funny to have the bald hair. I think you could have, like, that MACaulay Culkin scene in Home Alone when he, like, slaps on the aftershave - I think the Doctor could sort of wake up and be like, 'Ah!'

Smith will hand over the keys to Doctor Who's Tardis after starring in this year's (13) Christmas special.