Coleman is vacating her role as the Doctor's assistant at some point in the forthcoming series.

Jenna Coleman has confirmed that she’s leaving her role as ‘Doctor Who’ assistant Clara Oswald after a week of speculation. She also announced that she is indeed going to be portraying a young Queen Victoria in an upcoming ITV period drama.

Speaking to BBC Radio 1’s breakfast show on Friday morning (September 18th), Coleman said that her three year stint on the ever-popular BBC One show was coming to an end “at some point this season”.

“I have left the Tardis - it's happened,” the 29 year old said to breakfast show host Nick Grimshaw, adding that shooting her last scenes with the current timelord Peter Capaldi had been “emotional” but that she had known about the move for quite a while. 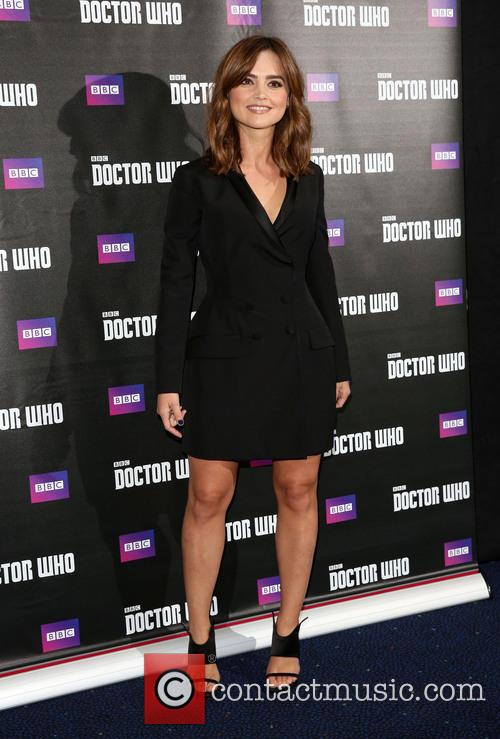 Jenna Coleman is leaving 'Doctor Who' after three years

“It's been in the works for a very long time,” she said. “Steven [Moffat, writer] and I sat down a year and a half ago and tried to work out the best place to do it and tell a really good story. We're not going to give any details but it will happen at some point this season… we worked out a really good story arc out so hopefully people will love it.”

Taking the opportunity to focus on the future and her new role, she also said she was “delighted” to be cast as the young monarch in the “ambitious” ITV drama ‘Victoria’, which will concern her marriage to Prince Albert and her early part of the 63 years she spent on the throne.

“She is a vivid, strong, inspirational and utterly fascinating woman in British history and I can't wait to tell her story,” Coleman said about the role.

‘Victoria’ is set to start filming in locations in the North of England before the end of the year, and the actress said that she had already undergone a lot preparation. “I needed to learn to waltz, play Beethoven,” Coleman admitted. “It's really fun, it's like boot camp.”

More: Steven Moffat claims he would beat Peter Capaldi in a ‘Doctor Who’ quiz