'Harry Potter' director David Yates has revealed he is working on a 'Doctor Who' movies. 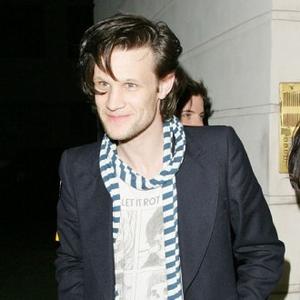 A 'Doctor Who' movie is in development.

'Harry Potter' director David Yates plans to spend "two to three years" working with the BBC to turn the popular sci-fi TV series into a cinematic spectacular as he thinks the show - which currently stars Matt Smith as the titular Time Lord - needs a lot of work to make the transition to the big screen.

David - who is working with Jane Tranter, BBC Worldwide's executive vice president of programming and production - told Variety: "We're looking at writers now. We're going to spend two to three years to get it right. It needs quite a radical transformation to take it into the bigger arena."

David does not intend for the movie to be a direct follow on from the current TV series and plans to "start from scratch" away from the work done by writers Russell T. Davies and Steven Moffat since the franchise was rebooted in 2005.

He added: "The notion of the time-travelling Time Lord is such a strong one, because you can express story and drama in any dimension or time.

"Russell T. Davies and then Steven Moffat have done their own transformations, which were fantastic, but we have to put that aside and start from scratch.

Peter Cushing has previously played the Doctor in two movies, 'Doctor Who and the Daleks' and 'Doctor Who: Daleks' Invasion Earth 2150 A.D' - which were released in 1965 and 1966 respectively - while Matt is the eleventh actor to portray the character on TV.