Judging by the trailer, she's obviously survived the fall. So the first thing on her agenda is to find and fix the TARDIS. In her mysterious way, she enlists the help of three people; Ryan Sinclair (Tosin Cole), Yasmin Khan (Mandip Gill) and Graham (Bradley Walsh); while they're having dinner and introduced them to a universe much bigger than they ever thought. 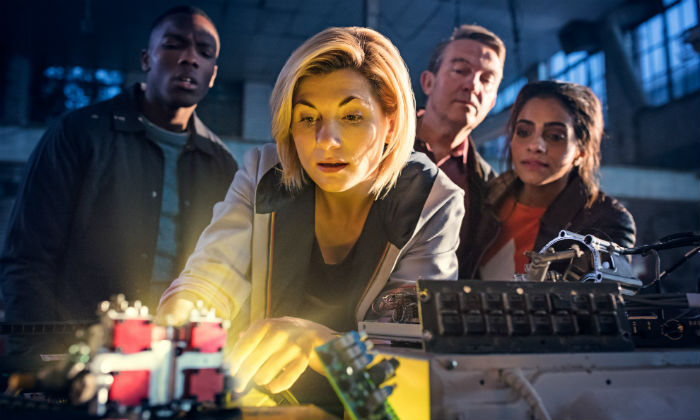 Jodie Whittaker plays the latest incarnation of the Doctor

And that's all we know with regards to the plot. New images show the possible latest companions being dazzled by Time Lord dust separately, and watching the Doctor get to work on some flashy technology when they are all together. 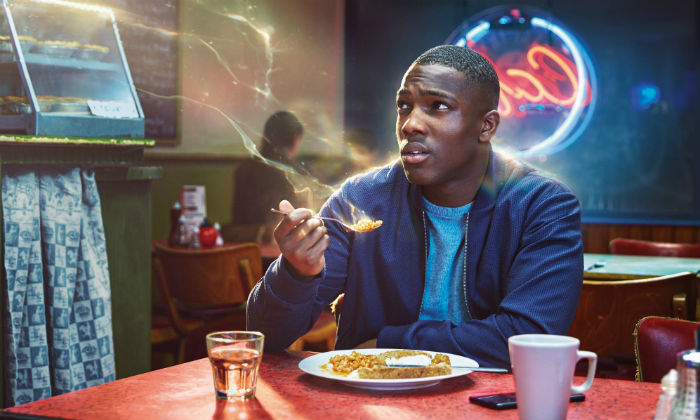 Meanwhile, as has been widely reported, the new stories have been written by Chris Chibnall who previously worked with Jodie Whittaker (and former Doctor, David Tennant) on 'Broadchurch', replacing long-time showrunner Steven Moffat.

The first episode - plus, at least three other later episodes - will be directed by Jamie Childs who previously worked on 'Poldark', 'Vera' and 'Next of Kin'. Sallie Aprahamian, Mark Tonderai, Jennifer Perrott and Wayne Yip are also among the directors of the series. An interesting fact about the new series is that it will be shot using special Cooke and Angénieux anamorphic lenses for the first time in the show's history; technology that is generally used in Hollywood cinema.

That's not the only creative change that's happening within the show either. The 'Doctor Who' logo and insignia has received an overhaul, and the theme tune has been adapted yet again by a brand new composer; Segun Akinola of the Royal Birmingham Conservatoire; who is replacing Murray Gold as the second composer since the 2005 revival.

More: Watch the teaser trailer for 'Doctor Who' series eleven

Season eleven of 'Doctor Who' is set to premiere on BBC One in October 2018.