Embattled Rapper DMX Is Heading Back Behind Bars For Six Months After Failing To Pay Child Support. 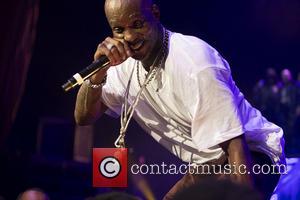 The Get It On The Floor hitmaker, real name Earl Simmons, was arrested last month (Jun15) in New York City just before he was due to play a gig at the famed Radio City Music Hall.

Officials at the New York County Sheriff's Office confirmed the hip-hop star was taken into custody for "several issues outstanding", including his failure to pay $400,000 (£250,000) in child support.

A spokesperson revealed that officials at Erie County Family Court issued an arrest warrant for the father-of-12 while a series of other warrants were issued for alleged offences including bail jumping, aggravated unlicensed operation of a motor vehicle and robbery.

On Tuesday night (14Jul15), a judge in Buffalo, New York sentenced Simmons to six months in jail for the unpaid dues.

No charges were filed in the robbery case.

He was scheduled to perform at Shaggfest 2015 in Virginia Beach, Virginia on (25Jul15), but festival founder and local radio station music director Shaggy took to Twitter.com to tell his fans that DMX would not be part of the gig.

He wrote, "It comes with sadness and regret. But Dmx will not be attending this year #shaggfest. -- he got locked up today for 6 months... He begged the judge to let him finish his last 3 shows. 2 this weekend and one next week. Which was #shaggfest. But the judge said no.

"Now I will find something to replace that slot and it will be great. We took a huge risk with Dmx and I'm not upset about the effort."