DMX On Driving Arrest: That's Five Hours Wasted For Nothing! 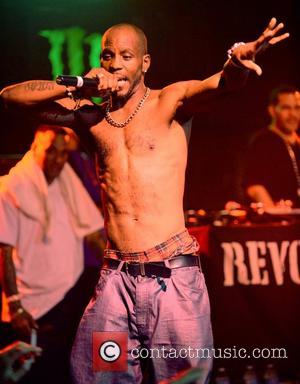 Rapper DMX was behind bars on Wednesday (February 13, 2013) following an arrest for driving without license. The 'And Then There Was X' star was booked into the Spartanburg County jail around 2am after an officer had spotted him at a local gas station before following him a short distance and making the arrest.

DMZ, real name Earl Simmons, spoke with FOX Carolina on his release from jail. "When I could have just paid the money right there on the spot," he fumed, "Basically it was just five hours wasted for nothing. I don't have a court date or a court appearance." The rapper said he had his five-month old daughter in the car when he was arrested. According to the Spartanburg County Sheriff's Office report, a deputy issued tickets for driving without a license and said the rapper only had a state identification card on him. The car was turned over to a licensed passenger riding in the car - we really hope it wasn't his five-month old daughter.

DMX has sold over 30 million records worldwide, making him one of the best-selling hip-hop artists of all time. He released his seventh studio album, Undisputed, in September 2012.