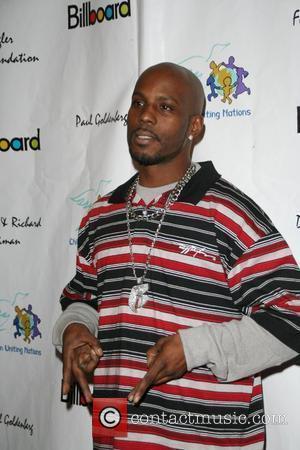 DMX has been arrested again after allegedly using a fake identity to avoid paying a medical bill.

The rap star, real name Earl Simmons, is said to have given the name 'Troy Jones', along with a false Social Security number, to avoid paying a $7,500 (£3,772) medical bill at the Mayo Clinic in Scottsdale, Arizona.

"I don't know why judges keep letting this guy out. Every time he goes in there, he gets out on bond.

"I'm hoping this is the one time he's going to pay the penalty for his offence," he added.

DMX was arrested earlier this month after failing to appear in court over driving and drug charges.

He was detained at Sky Harbour International Airport in Phoenix, Arizona, after he skipped a court appearance relating to animal cruelty and drug possession charges.

And after being arrested twice in Florida last month - once for driving without a licence and once for attempting to buy marijuana and cocaine from an undercover police officer - the 37-year-old was arrested as he stepped off the plane in Arizona.

The rapper was also arrested in May at his home outside Phoenix on suspicion of animal cruelty and drug possession after officers found abused pit bull terriers, dog carcasses and marijuana when they searched his property.