When 2012 closes its books and the critics write their summations Django Django could well be the band underneath the headline 'Success Story'. Yes, the Edinburgh-based four-piece were making waves almost immediately after forming in 2009, but after taking a mini-sabbatical, something which is nearly always a death knell for a band starting to get interest outside of their hometown, to hone their craft and ensure the intricacies and oddities of their live performance wouldn't see them labelled as a 'gimmick band' they have amassed an astounding amount of almost universally-positive critical attention, leading to a complete sell-out of their tour to back their self-titled full-length. 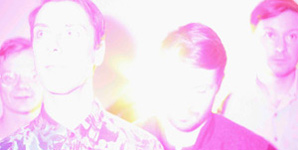 Not that everything has gone to plan. Illness within the band led to the postponement of several dates, and the journey for an early show in Nottingham the night after performing in Dublin almost led to another, but as soon as they hit the stage there is no evidence of any such struggles, and prove that their interest is built on hard-work and not hype.

It is hard to pigeon hole Django Django's sound. Many have simply, and lazily, drawn a comparison to The Beta Band, something made easier with the family tie between the two, but if they are the easiest point of reference it is only because so few bands have successfully created 'pop' music through such unconventional means since the heyday of the none-more-cult Scottish sextet. Like their recorded output, live the band are an unrefined mash of ideas and enthusiasm, bursting across the stage with a confidence that suggests they are more than comfortable in front of sardine-packed venues.

They pick from a wide range of styles and approach a number of genres, but the heart of Django Django is pure pop and this is something that the band don't lose sight of on-stage. Recent single 'Default' and 'Wor' match up similarly to the Psychedelic Britpop of The Electric Soft Parade and the first rumblings on The Coral, but there is also the same appreciation of cheesy eighties electro as Yeasayer and Vampire Weekend.

What has perhaps separated Django Django from the countless bands across the UK bearing similar influences however is that theirs is a less refined, more cut-and-paste manner of execution, both on record and live, and that they do not let racking up a multi-decade list of reference points get in the way of writing irresistible ear-worms that translate perfectly in both claustrophobic confines holding merely a couple hundred and, as will surely be proven this summer, endless festival fields. 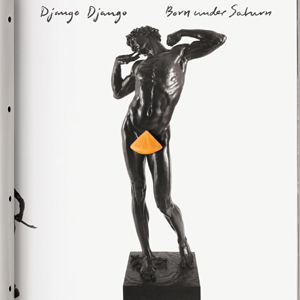 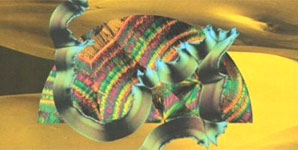