Review of The Outsider Album by DJ Shadow 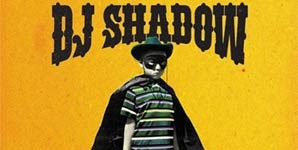 When DJ Shadow (the alias of Josh Davis) claims that The Outsider is his most accomplished work to date then it would be a sin not to sit up and take notice. After releasing the much acclaimed Entroducing & The Private Press, Josh Davis is a man who commands respect.

If you were expecting something along the lines of Entroducing then I think it's time to change your mindset before taking this on. The Outsider is much more radio friendly than previous outings, leaning towards Shadow's newly found mainstream hip-hop sound, although you could argue that this record is as diverse as anything as Shadow has previously released with genres such as indie, rock, hip-hop, trip-hop, electronica, R&B, soul and even more worldly musical offerings all featuring, often fused together. The production as you would expect from a DJ Shadow record is outstanding.

The majority of the tracks on the outsider feature guest appearances, largely from rappers & MC's but this record unearths some real gems too. Chris James the Lead singer of Leeds based band Stateless appears on two occasions giving two fantastic vocal performances & providing two enjoyable highlights in the indie come trip-hop track "Erase You" & in the string-laden indie track "You Made It". Another highlight includes another British guest in the form of Kasabian member Christopher Karloff in the Eastern influenced percussive indie song "The Tiger". Other standout tracks include the heavily layered & frantic drum track "Artifact" the soulful "This Time" complete with catchy chorus, and on the hip-hop front the ultra-cool "Seein Thangs" and "Backstage Girl" stand out among the rest.

The Outsider is a bold record that is sure to leave the majority of the DJ Shadow cult fan base wanting, but one thing you can be certain of is that Shadow will come out of this with an even bigger fanbase, and in the end you can't help but feel that is what Josh Davis was aiming for with this record. So with that in mind, you could pretty much say it's mission accomplished.

DJ Shadow - This Time (I'm Gonna Try It My Way)