DJ Ashba has quit GUNS N' ROSES after six years in the band, revealing he wants to spend more time working on his side project Sixx:A.M. with Nikki Sixx and James Michael. 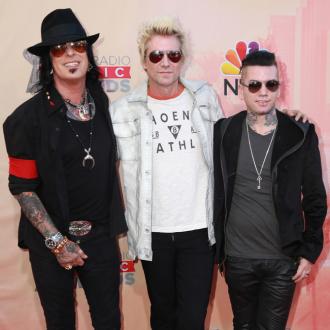 The guitarist joined the band in 2009 but has now revealed he has decided to leave to focus on his own band Sixx:A.M. which also features Nikki Sixx and James Michael.

In a handwritten letter posted on his official website, he wrote: ''It is with a very heavy heart and yet great pride that I announce that I've decided to close this chapter of my life and encapsulate the wonderful times that I've shared with Guns N'Roses into fond memories.''

Despite his decision to leave the iconic band, he insisted frontman Axl Rose will remain a ''true friend'' and thanked him for letting him join the group.

He added: ''I want to take a moment to thank Axl from the bottom of my heart for not only the most incredible experience of my life, but for truly believing in me. You are a true friend and a champion of mine and I am forever grateful. And even as I move on to pursue other endeavors, I will always remain one of your biggest fans. (sic)''

The news of Ashba's departure comes just days after guitarist Richard Fortus admitted he was unsure of the band's future, even though they had previously teased plans to release a new album.

He said: ''The current state of GN'R is pretty up in the air. The last I heard they wanted to finish up the recordings that we have and put them out next year and start touring. But it has been a while since I've heard from anybody in that camp as far as management or Axl. So I really don't know. (sic)''