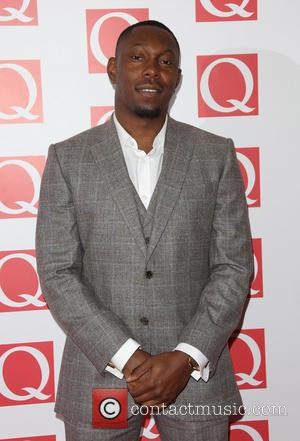 British rapper Dizzee Rascal has launched a foul-mouthed rant against the Bbc before turning on fans who refused to back him.

The Bonkers hitmaker took to Twitter.com on Tuesday night (05Nov13) and launched into a furious diatribe against the corporation's flagship Radio 1 station, suggesting tracks from his latest album The Fifth have not been playlisted.

He branded the station's bosses "full of s**t", blasted the respected Live Lounge show, and accused Djs of showing favouritism towards U.S. acts by declining to edit out curse words in their songs, and when some fans tweeted to criticise the star, he hit back in a series of angry messages.

He wrote, "Who ever does Radio 1 playlist suck my d**k! I'm tired of you C**ksuckers you better stop playing me. Make up your f**king minds!!! I'm tired of putting up with these 2 faced p**cks at Radio 1! If anyone's got a problem let me know. All this nice guy s**ts (sic) dead!

"F**k Live Lounge! If I gotta keep fighting to get my s**t played why bother doing someone else's song so you can sell it on ur (your) s**tty comp (sic)! Going against radio 1 aunt (isn't) smart but I'm tired (of) holding it down and being a good little n**ger. You're full of s**t Bar the specialists... When Americans get played in on radio 1 they make allowances for profanity but if it's coming from the n**ger down the road it's a problem!"

When one reader suggested he should return to the musical style of his early records, Rascal tweeted, "F**k you!" and when another mocked his poor spelling, he replied, "I can spell C**T."