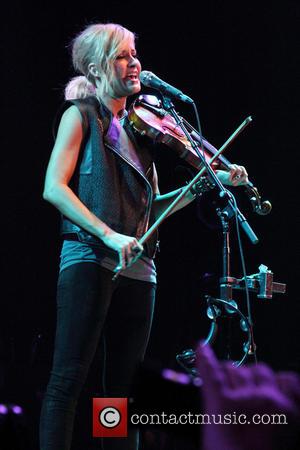 Country trio the Dixie Chicks are to make a rare live appearance next summer (13) at the Craven Country Jamboree in Canada.

The group has stepped up to replace Lady Antebellum as headliners after the Need You Now hitmakers pulled out of the show when learning newlywed singer Hillary Scott was pregnant.

The Dixie Chicks last hit the road together in 2010 for a tour with the Eagles, and they played a charity show in Texas last year (Oct11).

The Craven Country Jamboree, which is scheduled for July (13), will also feature appearances from Kenny Chesney and Tim MCGraw.