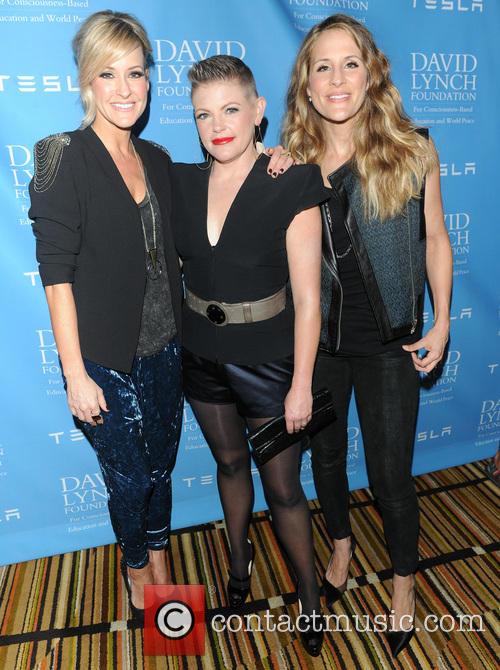 “Just when you thought you were safe, America, we’re back,” Maines says in a short video clip from the band. “It’s been 10 years since we toured the U.S.” Maguire continues, before Robison ends “there’s no telling what will happen this time.”

The American leg of the DCX MMXVI World Tour will kick off on June 1st in Cincinnati, taking in 42 dates before wrapping in Los Angeles’ Hollywood Bowl on October 10th. It's not yet been announced whether the trio have made any new music to showcase on the tour.

The Dixie Chicks have always been one of the more popular crossover acts to have emerged from the country and western scene, but when they were last around they were the subject of an intense furore from their fanbase after they criticised then-President George W. Bush’s foreign policy during a gig in England in 2003. A boycott of their music was organised, which affected the chart performance of a number of their singles, before Maines apologised for her remarks.

Since their last world tour ended, the group has been engaged in various solo projects, but have sporadically reunited for special touring purposes. A support slot on The Eagles’ reformation tour in 2010 covered the US, and they undertook a small Canadian tour in 2013, but when it kicks off it will be first headline tour to take in America in exactly ten years.

More: The Dixie Chicks – ‘Not Ready to Make Nice’ [video]