OK, so this particular song has probably been overused in COVID-19 related playlists recently but we can't not include it: released in 2000, it's Disturbed's second single and probably their most famous to this day. It's actually a song about child abuse, but the eponymous refrain feels all too appropriate for the present time.

We usually prefer to avoid anything Morrissey-related but, while we still don't condone any of his more controversial political opinions, there are few more appropriate songs out there than The Smiths' 1986 single Panic. There truly is "panic on the streets of London" right now (though it is best to avoid that mindest).

A lot of us are feeling the struggle of social distancing right now, and this track from the second and final JOY DIVISION album Closer expresses a lot of those feelings. It's a surprisingly upbeat number considering the dark themes, so well worth adding to your playlist.

Every Day Is Exactly The Same - Nine Inch Nails

This is the one thing that can be said about being quarantined in your own house for weeks on end. This song featured on Nine Inch Nail's fourth album With Teeth, released in 2006, and while everyday might indeed be exactly the same for us at the moment, we can survive the boredom.

I'm Not Okay (I Promise) - My Chemical Romance

Even if we're not sick, that doesn't mean that we're okay. Gerard Way couldn't have put it any clearer in the first single from the band's second album Three Cheers for Sweet Revenge. Sure it's about a break-up and not about dealing with the effects of financial loss, fear of getting ill or running out of necessities, but the principle's the same.

R.E.M. may be one of the few bands who have actually benefitted somewhat from the coronavirus pandemic, as their 1987 single It's the End of the World as We Know It (And I Feel Fine) from the album Document managed to re-enter the Billboard Hot 100 with downloads rising 184% and streams at 48%.

Just to be clear: We're not saying that COVID-19 was deliberately manufactured by world leaders and unleashed upon their citizens in a bid to control the population, but this is an amusing song if you've got a dark sense of humour. This is from the punk band's second album Plastic Surgery Disasters, released in 1982.

More rock tunes for your playlist:
You Sound Like You're Sick - Ramones
Somebody Get Me a Doctor - Van Halen
Infected - Bad Religion
The Drugs Don't Work - The Verve
Toxicity - System Of A Down
Help! - The Beatles
School's Out - Alice Cooper
The Disease - Echo & The Bunnymen 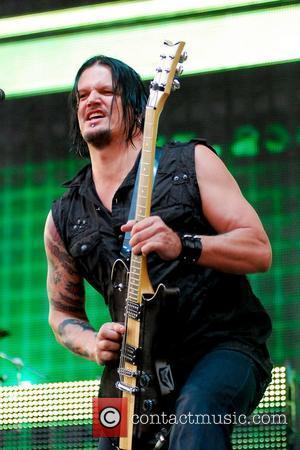