Hank The Octopus, Becky The Loon, The Otters: Meet The Cast Of Finding Dory!

More characters we can't wait to fall in love with.

'Finding Dory' is definitely on the way now, and with it a whole host of lovable new characters. It takes place just a year after the events of 'Finding Nemo', even if it's taken more than ten years for this sequel to finally arrive. We're sure it'll be worth the wait. 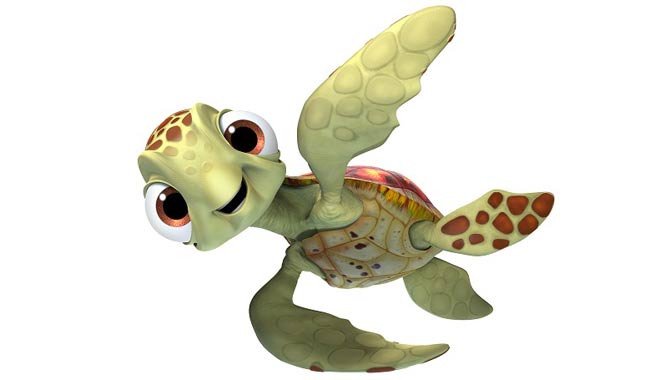 Directed by Andrew Stanton and Angus MacLane, 'Finding Dory' is set to arrive on June 17th 2016. While it was disappointing to learn that we won't be hearing Michael Sheen's voice in the movie after all since he was edited out of the final cut, the new characters that did make it are still inescapably awesome. 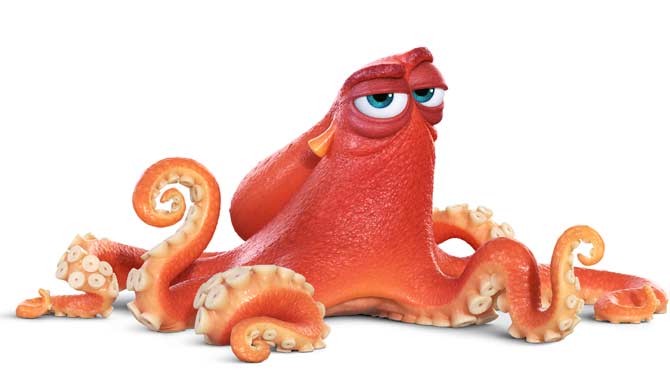 Hank (Ed O'Neill) - Hank is an octopus at the Marine Life Institute with a missing tentacle. Don't feel too sorry for him though; he's a pretty grumpy sort of guy with little interest in friendship and a strong desire to be taken to a Cleveland facility to live life completely alone. On the other hand, he's useful to have around with his ability to blend into the background. He's played by 'Modern Family' star Ed O'Neill. 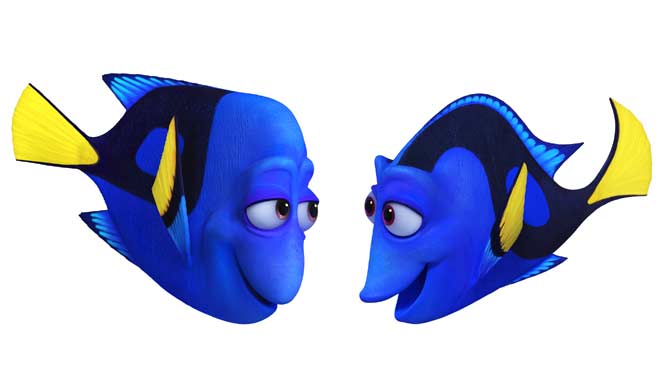 Charlie and Jenny (Eugene Levy and Diane Keaton) - Eugene Levy and Diane Keaton unite for the first time onscreen as Dory's loving parents Charlie and Jenny. They haven't seen their daughter in years but they're determined to make sure their little blue has everything she needs to take on the world despite her terrible memory. This could be the most tear-jerking family reunion of the year. 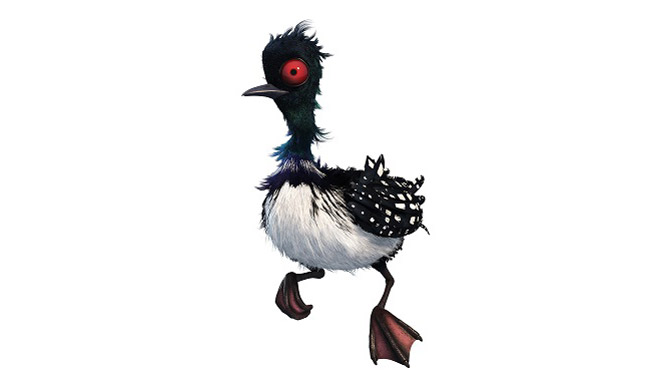 Becky (Torbin Bullock) - Loon by species, loon by nature, Torbin Bullock plays Becky; a cute but crazy and slightly bedraggled bird with a lot of time for Marlin. The feeling isn't necessarily reciprocated, but he's about to learn that there's a lot more to this loon than first meets the eye. 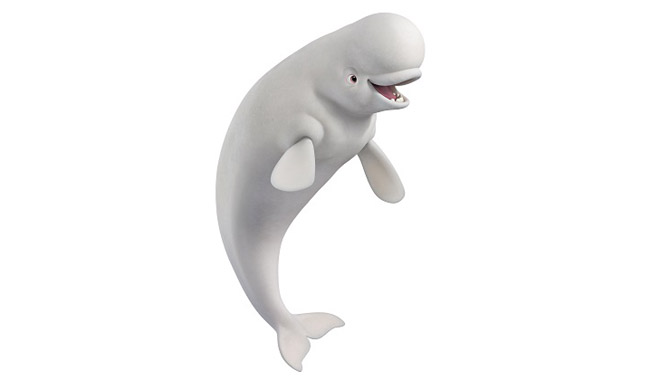 Bailey (Ty Burrell) - Ty Burrell joins his 'Modern Family' co-star O'Neill in the movie as Bailey the beluga whale. He's the hypochondriac and drama queen of the Marine Life Institute and refuses to believe that there's nothing wrong with him despite multiple tests. 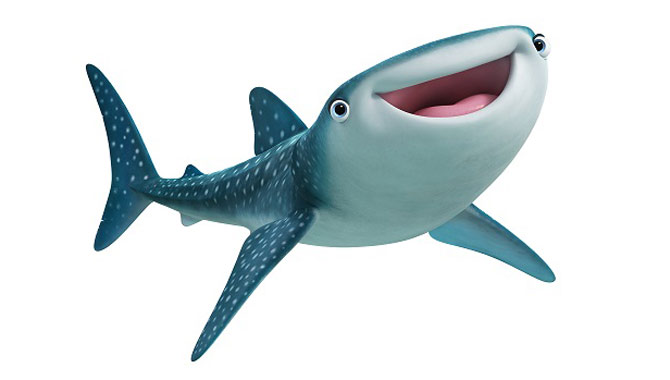 Destiny (Kaitlin Olson) - You'll never find a kinder fish anywhere. Destiny is a whale-shark, but would much rather identify as a whale. She isn't so good at swimming but she makes a real connection when she meets Dory, especially when she learns that they can both speak whale. 'It's Always Sunny in Philadelphia' star Kaitlin Olson voices the character, who soon realises that Dory is strangely familiar to her. 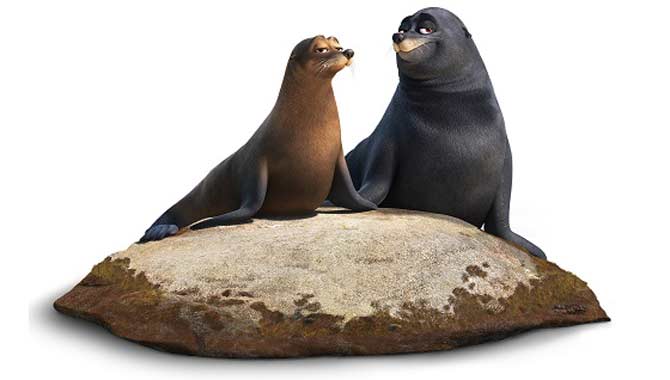 Fluke and Rudder the sea lions

Fluke and Rudder (Idris Elba and Dominic West) - 'The Wire' stars Idris Elba and Dominic West are re-united as a pair of super-lazy sea lions living at the Marine Life Institute. While they were on opposite sides of the tracks in 'The Wire', their new characters are virtually inseparable; not just from each other, but from their beloved napping rock. 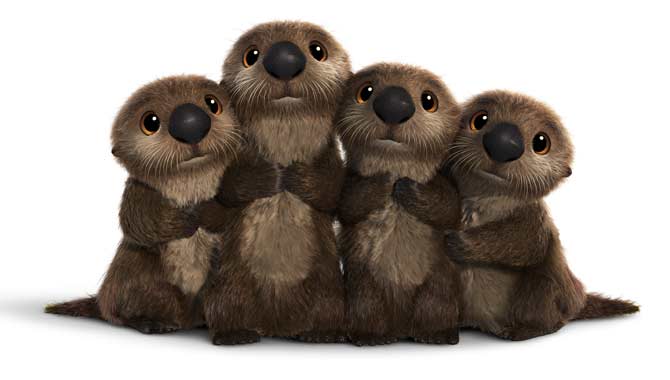 Otters - If you thought minions were cute, wait until you see these guys. The mascots of 'Finding Dory' are four painfully adorable otters with big eyes and fluffy whiskers, but you'll have to watch the movie to see their place in this story. 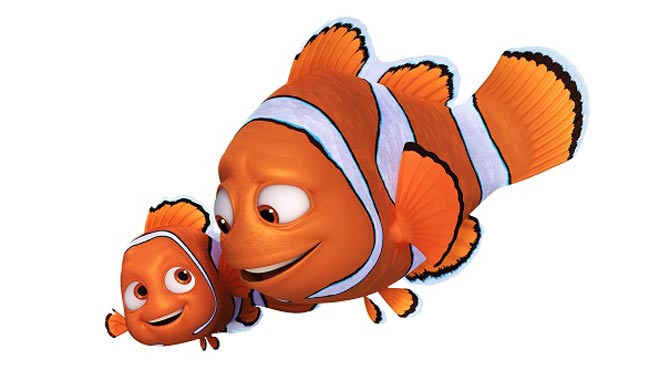 Nemo and Marlin (Hayden Rolence and Albert Brooks) - They're back! This father and son clownfish duo are much more relaxed a year after they braved divers, sharks and goodness knows what else in an adventure to be reunited. Now it's more of a trio with Dory living alongside them, but they soon find themselves forced to aid their friend in her sudden quest to uncover her past and find her parents. Rolence takes over from Alexander Gould as the voice of Nemo. 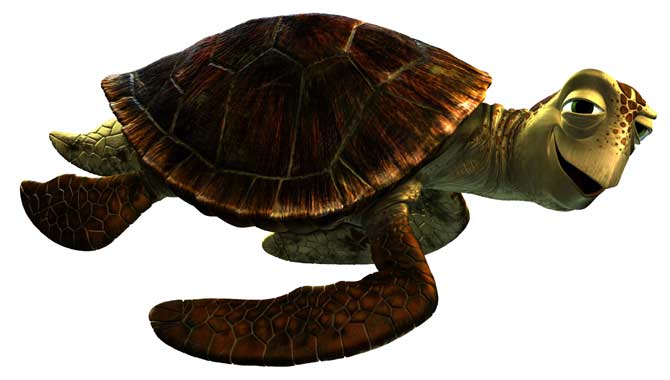 Crush and Squirt (Andrew Stanton and Bennett Dammann) - They're the most chilled out sea turtles in the ocean and are, of course, two of the fish trio's best friends. They'll be on hand to help navigate the wild ocean for them, and probably assist them when they once again hit a current. Stanton is also the director and screenwriter for the movie, and stars alongside Dammann who replaces Nicholas Bird. 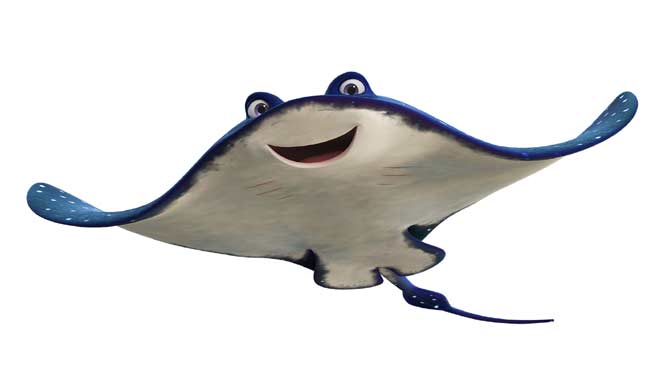 Mr. Ray (Bob Peterson) - Nemo couldn't ask for a better teacher than Mr. Ray, who educates his young class in the form of songs and increasingly exciting field trips. Dory has a job with him as a teaching assistant - though she's the one who's learning everyday. 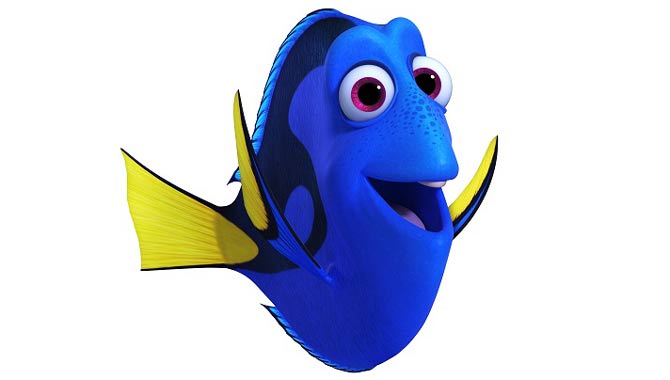 Dory (Ellen Degeneres) - The Pacific Blue Tang has always known she's got a family somewhere, she just forgets who they are and where to find them. Of course, she isn't living a lonely life without them; Marlin and Nemo have welcomed her into their family; but now she's desperate to uncover the truth about her loved ones. With a memory like hers though, will she ever find her way back to them?