Low cost cosplay? It's what the internet's been waiting for:

Did you think that cosplay was reserved just for the wealthier dress up fans among us? Well think again, because three friends from Thailand are taking Facebook by storm, uploading their own low cost costume versions of some of our best loved characters. Often hilarious and always inventive, this trio are proving you don’t need a big budget to engage in some fancy dress fun. Instead you just need some everyday items and your imagination. Oh and a sense of humour. 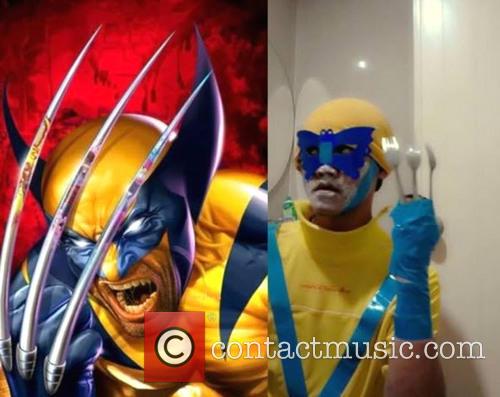 'X-Men's' Wolverine is ready for dinner

Ever wanted to be Wolverine from the original X-Men comics? Though it would be too expensive to recreate those claws? Well an alternative is just to go into the kitchen put some forks between your fingers! Though we can't be sure where that butterfly mask came from. 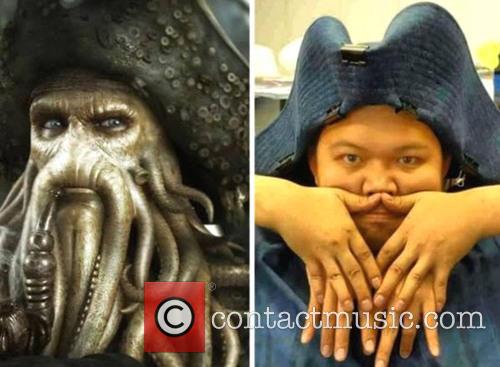 Then if you thought is was going to be too hard to recreate Davy Jones’s tentacle beard, well you’re wrong. All you actually have to do is hold your hands in front of your face, thus creating the perfect tentacle beard. Though you might want to recruit a friend for extra authenticity. Sadly this one might not be too practical for comic-con. 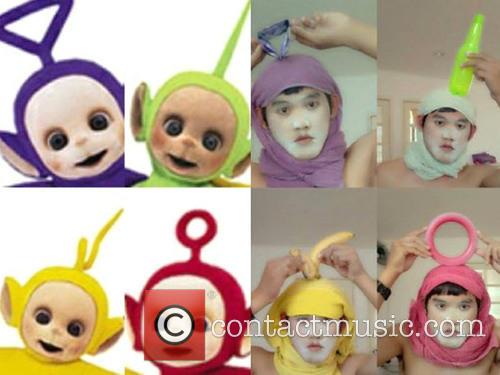 Which Teletubbie are you?

Good news for Teletubbies fans. To be one you can stick anything on your head really, just pick your favourite based on what you have lying around the house. Even a half peeled banana or a drinks bottle will do. But if you're more into something a little scarier try the shark from ‘Jaws'. All you need to do is stick a towel round your head, easy. Actually towels are a pretty nifty thing to have lying around. They also work as headgear if you want to recreate the ‘Life of Pi’ in your kitchen. 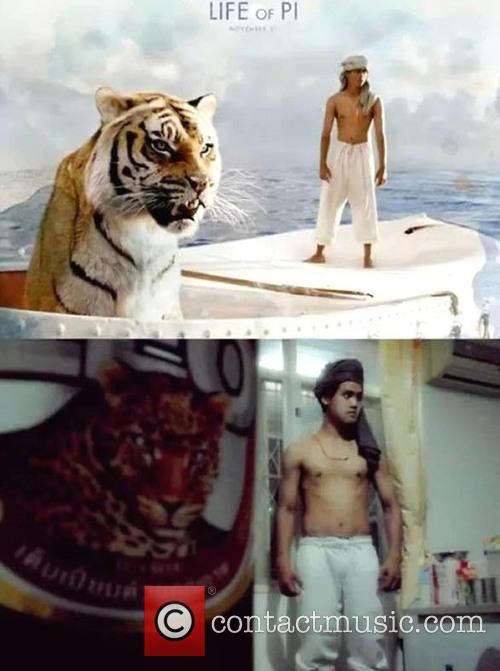 'Life of Pi', no need for a real tiger

Don't just limit yourself to movie and TV characters. If you'd rather be the iconic statue of liberty, a little photo trickery works wonder, as do some plastic garden chairs. Of course, with the success of Disney's ‘Frozen’ surely Elsa the Snow Queen is going to be top of every little girl’s Halloween dress up list this year. Well before you fork out on an expensive costume have a look at what these guys have done. A satin sheet turned into a makeshift wig and a towel as a dress is all you really need, oh and a bag of ice cubes for that added authentic touch. 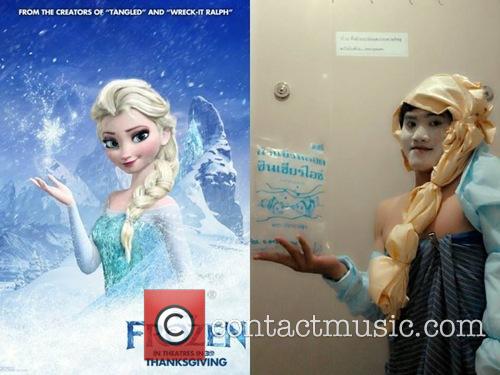 If you thought being Iceman might be hard its really not, all you need is some power and a normal black shirt and bravo you're ready to join the 'X-Men'. What about all the 'Iron Man' fans? That's a pretty expensive looking mask isn't it? Well there's no need to invest, instead just paint your face yellow, red and white then everyone will know who you are. 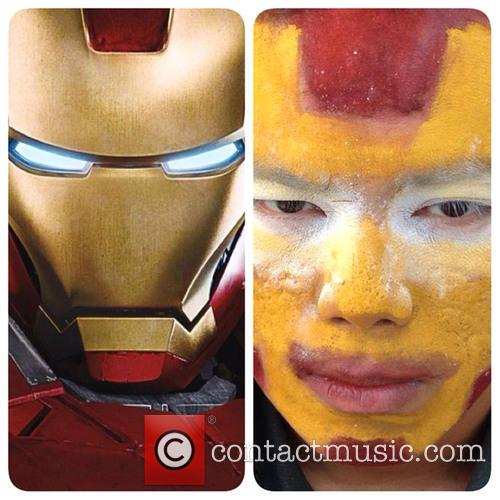 It's Iron-Man of course

Ok so these might not be the greatest attempts at cosplay you’ve ever seen but they sure are fun to look at as their over 87,000 Facebook followers would agree. Many of them have been inspired to upload their own low cost creations to the page. If you're not convinced of the genius remember right now Halloween is 8 months away, but in October when you're searching for a last minute costume idea you may just remember these guys and start taping some forks to your hands.