Disney Bosses Have Reached A Settlement In A Copyright Infringement Lawsuit With A Filmmaker Who Accused The Executives Of Using Her Movie The Snowman As Inspiration For Mega-hit Frozen. 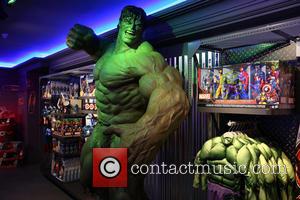 Picture: Disney UK and Harrods today announced the launch of a brand new space dedicated to Marvel and Star Wars characters, that will increase the size...

Wilson's computer animated short film featured an "'Average Joe' snowman who must battle a gang of hungry rabbits to save his carrot nose," and she alleges that Frozen's snowman character Olaf was "substantially similar to to the depiction of the snowman" in her own piece.

Disney chiefs attempted to throw the case out of court twice, but failed, and on Wednesday (24Jun15), an order filed in federal court in California, and obtained by TheWrap.com, reveals both parties have finally resolved the case, which has been dismissed without prejudice.

Wilson was seeking an unspecified amount in damages.

Disney executives are facing another legal battle over Frozen - Kuwaiti author Muneefa Abdullah filed documents in March (15) accusing bosses of copyright infringement, insisting they stole one of her stories from her 2007 book New Fairy Tales for the blockbuster film.