Disney To Reboot The Rocketeer

Disney looks set to reboot fantasy movie 'The Rocketeer' and is due to meet writers to hear their proposed story ideas for a remake. 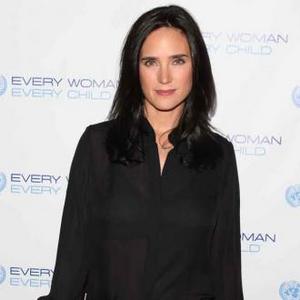 Sources revealed to Vulture that the studio are soon to be meeting with writers to hear their proposed story ideas for a remake of the original 1991 film, which stars Jennifer Connelly, Timothy Dalton and Billy Campbell.

The first movie is set in 1938 and tells the story of young pilot Cliff Secord (Billy) who comes into Possession of a jet pack designed by Howard Hughes that enables him to become a high flying masked metallic man, who ends up taking on enemies who want the technology for themselves.

While the original film - which was directed by Joe Johnston - wasn't a huge box office success, the motion picture managed to retain some cult status mainly thanks to its eclectic cast.

Talk of a 'Rocketeer' reboot being in the early stages of development comes after comic book 'Iron Man' was created into a successful Disney-Marvel film of the same name and has gone on to have a sequel as well as a planned third instalment in the franchise.

Robert Downey Jr. plays Tony Stark/Iron Man in the movie series, but product recently incurred a ''short delay'' after the actor suffered an ankle injury while filming a stunt on set in North Carolina last Wednesday (15.08.12).