Mickey Mouse doesn't want anything to do with your selfie sticks.

Disney theme parks have become the latest in a long list of tourist attractions to place a ban on selfie sticks for safety reasons. The ban will come into affect at Disney World in Orlando, Florida and Disneyland in Anaheim, California from Tuesday, as well as at the parks in Hong Kong and Paris a day later on Wednesday. 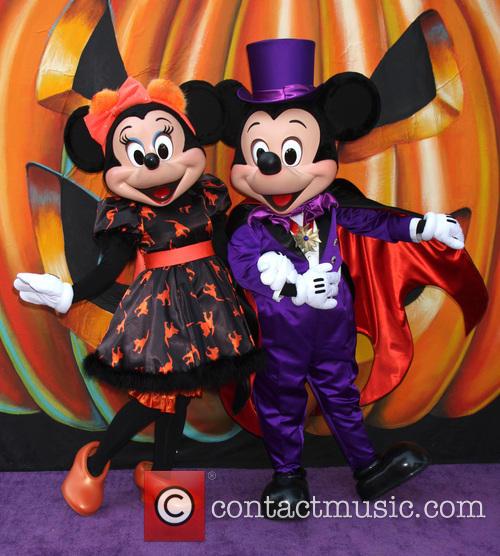 Mickey and Minnie have placed a ban on selfie sticks in Disney parks.

In a statement Disney spokeswoman Kim Prunty explained, “We strive to provide a great experience for the entire family, and unfortunately selfie sticks have become a growing safety concern for both our guests and cast.” From Tuesday, security personnel at the parks will ask guests who arrive with selfie sticks to either stow them at a storage facility or return them to their hotels or cars.

More: Is ‘The Princess Diaries 3’ Happening?

The parks had already placed a ban on using the camera accessory on its rides, but violations of the rule by some guests had meant that park staff were forced to stop rides for extended periods of time.

According to USA Today, last Wednesday, Disney California Adventure's California Screamin' roller coaster was stopped mid-ride when a passenger pulled out a selfie stick, causing passengers to be evacuated from the ride, which was stopped for more than an hour.

Disney is following in the footsteps of other popular tourist attractions worldwide which have placed a ban the selfie sticks, including museums in the Smithsonian Institution in Washington, the Palace of Versailles outside of Paris and the Colosseum in Rome. Music festivals such as Coachella and Lollapalooza also banned the accessory this yea,r as has the upcoming Wimbledon tennis championship. The sticks can still be used at SeaWorld Entertainment parks but not on rides or over animal habitats, according to spokeswoman Becca Bides.