Tragedy has struck crew members working on the production of a new Discovery reality TV show, after it was revealed that a helicopter that they were in had crashed in south California at the weekend (February 10, 2013).

According to The New York Times, the crash happened in the early hour of the morning western time and occurred thirty miles outside of Los Angeles at the Polsa Rosa Movie Ranch. The permit that had been given to Eyeworks USA, the production company behind the show, had given them access for filming on the Saturday and Sunday, with details of what they were shooting scarce except for the fact that it was a military-based show.

The production company issued their own brief statement which read “As has been reported, 3 people passed in a helicopter crash while filming a new television reality series with our affiliate Eyeworks USA. We share in our affiliates sympathies for the families and others who are now dealing with this tragedy and send them our warmest regards.” Eyeworks' past TV credits include Flying Wild Alaska, on Discovery, Bar Rescue, on Spike, and Splash, which is a diving competition scheduled to debut on ABC next month. 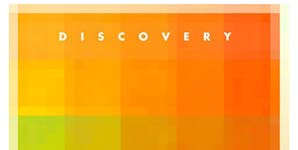