Back in November Diplo, the music producer, DJ and rumoured boyfriend of Katy Perry, tweeted that Taylor Swift needed a kickstarter to help her get ‘a booty’. This distasteful bit of twitter attention seeking caused the singer’s BBF Lorde to retaliate ‘should we do something about your tiny penis while we're at it’ and thus the great Diplo/Lorde/Taylor Swift feud was born. Or actually it wasn't, as nothing really happened after that. Until now that is, when Diplo decided to bring it all up again in an interview with GQ. 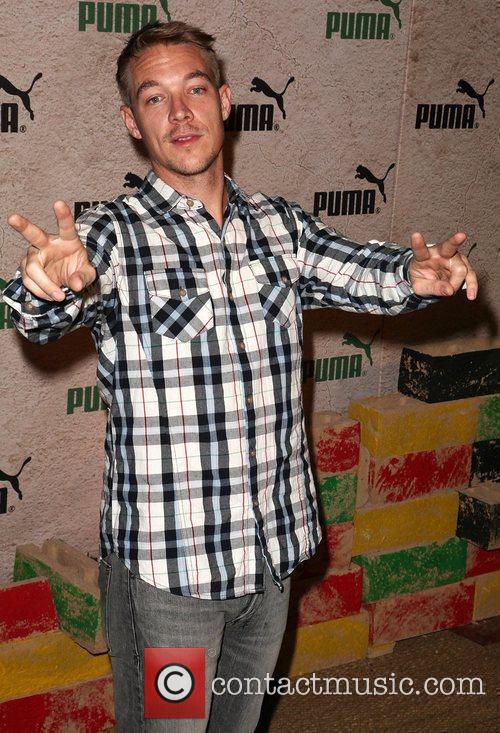 Addressing Lorde’s tweet Diplo said it was, “funny, because me and Lorde, we're actually friends, and it was a funny, in-jest conversation.” Adding “I think Taylor Swift is such an impactful character, that it was because she was involved that it became really big.”

But the mega producer didn't stop there, he went on to say that the subsequent tabloid attention means he has to ‘not be as crazy’ as he was on the internet. “The repercussions are really bad,” he continued. “Like, Taylor Swift fans are really crazy. They threatened to murder me and stuff. It's really bizarre, and disgusting. They're the worst people in the world.”

“They're like 'I wish your kids had Down syndrome'. They're so evil. I dissed Lady Gaga before, and the gays were never even this mean. They're funny. These people are like mean-spirited, evil human beings. I'm not a politician. I shouldn't have to be under the microscope for people like that.”

But things then took an even more interesting turn when producer when on to claim he ‘knows lots of secrets’ regarding the megastar. “She has like forty million Twitter fans. Forty million! Yeah. It's crazy. I'm a fan though,” he continued.

“Her powers—she's big. She's strong, bro. Taylor Swift is very strategic with her friends and enemies. And I know lots of secrets. I can't divulge, but I know a lot of stuff about her. And she's definitely, there's definitely scary stuff going on. And I'm scared. I'm scared for my life.”

Hmm scared for your life, over Taylor Swift? We wouldn’t want to be the ones to call Mr Diplo dramatic but okay. Though here’s a thought for next time, maybe when you think of dissing someone’s booty Diplo, just don’t! Then you'd probably have nothing to be scared of and we could all rest a little easier at night. It's just a suggestion.