Dionne Warwick On Whitney's Death: Her Heart Just Gave Out 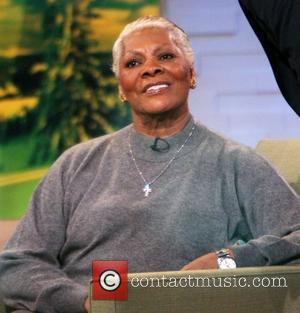 Tonight (March 13, 2012), Entertainment Online will air an interview with Dionne Warwick, in which she reveals what she thinks killed her cousin, Whitney Houston as well as revealing plans about her own forthcoming recording sessions and how she's coping with the loss of her younger cousin.
In a preview of the interview, posted on the Entertainment Tonight website, it is revealed that Dionne thinks Whitney was killed by a heart attack. She says that she does not necessarily think that drink or drugs played a part, but rather "her heart just gave out." Houston's family are still waiting on the official toxicology reports that should determine the cause of her death and put an end to speculation once and for all. Dionne was one of the family members that accompanied Whitney's body on the plane that flew her back home to her native New Jersey. Talking about the experience, she said "It was a combination of things, stories, laughter, tears. All the emotions that you feel when somebody very near to you passes."