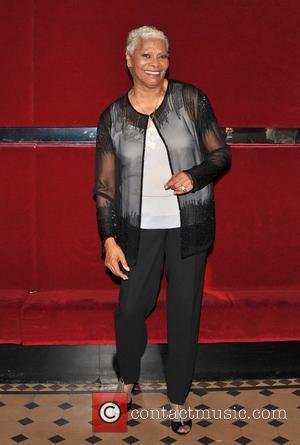 Veteran singer Dionne Warwick was joined by stars including Sir Cliff Richard and Boy George as she headlined a charity concert at London's Royal Albert Hall on Monday (28May12).
The Walk On By legend took to the stage in aid of the U.K. branch of American charity The Hunger Project, which was founded more than 30 years ago and works in countries across Africa, South Asia and Latin America.
The show, to mark World Hunger Day, also saw performances from Alexandra Burke, Tony Hadley, Katie Melua and Mica Paris.
Boy George was left overwhelmed in rehearsals when he sang with Warwick, and he told fans via Twitter.com, "Just did a run through of Say A Little Prayer in Dionne Warwick's dressing room! Sorry but it was a moment!"
And after the show, Burke gushed on her own page: "Show done.. I can't believe my luck. I actually got to sing with Dionne Warwick. I'm still speechless."