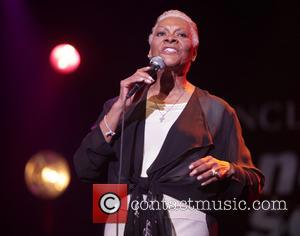 Dionne Warwick and Keith Sweat are set to be honoured at the upcoming Soul Train Awards in Las Vegas.

R&B veteran Sweat has been named the recipient of a 2013 Lifetime Achievement Award and Warwick will receive the night's Legend Award.

The accolade will mark a full circle moment for Warwick, who helped late Tv mogul Don Cornelius perfect the 1970s music show that was to become Soul Train, and inspire the awards. Gladys Knight, Ronald Isley and Eric Benet will be among the stars who will pay tribute to the singer at the event.

Meanwhile Sweat will perform a medley of his hits and join Faith Evans for a special performance.

Comedian and actor Anthony Anderson will host the awards on Friday night (08Nov13). Janelle Monae is hoping to bounce back from a throat infection to perform alongside Toni Braxton and Kenny 'Babyface' Edmonds at the awards, which will also feature a Cirque Du Soliel tribute to Michael Jackson.

Comedian and actor Anthony Anderson will host the awards on Friday night (08Nov13).