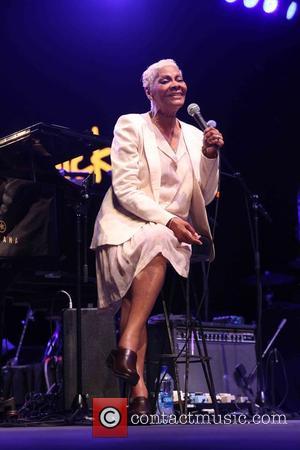 The Walk On By star hosted the 21st birthday bash for Cheyenne Elliott, who is also a singer, at the Leonora nightclub in New York City on Saturday (26Sep15).

Cheyenne admits she was thrilled with the party, and was glad her 74-year-old grandmother was able to attend.

"I think it's amazing and hilarious," she said, according to the New York Daily News. "On a night that I'm supposed to go wild, my grandmother is hosting the night. She's very hip."

Reports suggest Dionne joined her granddaughter by partying into the early hours of the morning.

Dionne has been mentoring Cheyenne throughout the early days of her music career.

"I've told Cheyenne on several occasions, it's more than opening up your mouth and having some notes fall out of it," she said of the youngster.

"There's a lot more to the business than just that. I think she has a complete grasp on that by this point... Be who you are. You can't be someone else, nor should you want to... She has a voice and she's found her niche. She doesn't have to be like anyone else."