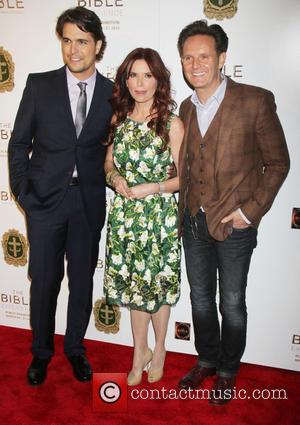 Portuguese actor Diogo Morgado had an epiphany while playing Jesus Christ in hit new U.S. mini-series The Bible and now he is convinced playing The Messiah has changed his life.

The little-known actor was chosen to play Jesus by series producer Mark Burnett and his actress wife Roma Downey, who plays Mary in the film, and he admits the project really was a spiritual makeover for him.

Morgado says, "This project changed my life and I am 100 per cent sure... that it will change people's lives... This is the highest point of Christianity... I'm profoundly grateful for this opportunity."

He also admits the tears viewers will see in Christ's crucifixion scene, which airs on Easter Sunday (31Mar13), were real - and the three-day shoot left him in agony.

The actor was supported on the cross by a harness and small footrest, but it was terribly uncomfortable.

He explains, "When the pain starts to kick in, I was just weeping and crying... I just started crying and I took, like, 30 minutes before I stopped."