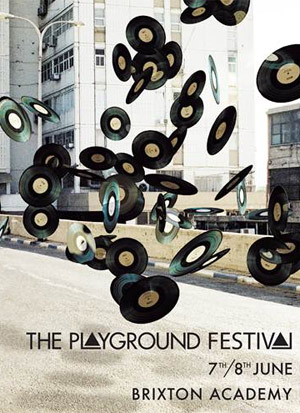 Back once again for 2013 The Playground announce their annual two-day festival, taking place in the capital from the 7th-8th June. This year, the festival will be held at the incredible Brixton Academy, expecting in nearly 10 000 people across the weekend and hosting some of the biggest names in electronic music that has ever been.

As the first headliner to be announced for the Saturday line-up, Gary Numan is a man that needs little introduction. Since his groundbreaking work and named as one of the figureheads of the electronic movement in the late 70s and early 80s, Gary Numan has been a pioneer of forward-thinking electronic music and a living legend to the UK's musical history. Since the release of his breakthrough track 'Cars' in 1979, Numan has gone on to have a glittering career that still holds strong today. With every passing year, Gary Numan has kept true to himself by breaking barriers and creating diverse and interesting electronic music that wins him new fans every day.

Joining Gary on the Saturday will be two of the founding fathers of the Detroit house scene, Derrick May and KEVIN SAUNDERSON who together reinvented the house sound in the 80s and have gone on to be two of the most respected tastemakers on the scene today.

While top of Friday's bill is Digitalism who will be performing a rare live show supported by one of the founding members of alternative electronic duo Unkle. JAMES LAVELLE is a true staple of the UK's music scene. Forming the group, alongside DJ Shadow, in 1996, UNKLE are regarded as one of the most groundbreaking electronic groups the world has ever seen. Their debut album 'Psyence Fiction' is regularly brought up as one of the greatest albums of all time and since then UNKLE went on to produce a further two LPs, 'Never, Never Land' and 'Where Did The Night Fall'. But Lavelle's career has far more spokes than just UNKLE. As a long-serving resident at Fabric, he has produced a mix for the infamous FablicLive series as well as a further three mix albums for Global Underground.

We are also serving up German house duo BOOKA SHADE, who have been a staple of the world's clubbing consciousness for more than a decade. Since the early 2000s, Booka Shade have been creating and pushing their sound through their self-conceived label Get Physical, resulting in four critically acclaimed albums with numerous singles and remixes to boot. After almost a three-year absence from their productions, Booka Shade returned earlier this month with a new EP 'Haleshop', that the pair lovingly dished out for free to their fans. It's clear that Booka Shade are back to their best in 2013 and will now doubt bring their impressive live show to full power this summer.

JAMES ZABIELA also takes the reigns on the Friday night and has been one of the UK's most praised DJs over the last decade. As a longstanding resident to the Renaissance label, Zabiela's mixes and DJ sets are regarded amongst the highest and have seen this DJ progress to one of the highest names on today's underground electronic music scene. While joining him is cultivator of the electroclash sound of Berlin in the 1990s, DJ HELL is probably one of the most important DJs that has ever worked in Germany. The electroclash movement helped form the careers of other huge names including Peaches, Fischerspooner and Goldfrapp, who all took inspiration from this sound. DJ Hell then brought it to Germany where he and electroclash flourished.

MODEL 500 has been the most successful pseudonym of American producer and originator of the Detroit techno scene, Juan Atkins. Atkins first began working as Model 500 in the mid 80s and went on to create the now legendary Metroplex label, home to the likes of Derrick May and Kevin Saunderson, who will of course be joining us on the Saturday.

We complete the top of Saturday's line up billing with some of the most inspiring and influential artists in the world. Including German-born PANTHA DU PRINCE, a staple of Europe's ambient techno scene whose new collaborative album with The Bell Laboratory 'Elements Of Light' is looking to be one of this year's most anticipated new releases. JOHN FOXX & THE MATHS, the new project from original Ultravox vocalist, John Foxx, joins him on the second day. This new project has seen a reinvention of John Foxx as he looks to continue the ground he covered with Ultravox, and bring it hurtling into the new millennium.

Also added to Saturday's bill will be founding member of electronic pioneers Kraftwerk, WOLFGANG FLUR. Flur left in the group in the mid 80s to pursue other projects that have seen the producer create a number of unique and diverse productions right up to the present day. After leaving Kraftwerk, Flur released his breakthrough single 'I Was A Robot', a track that originally made it into the top 10 of the German singles charts. Since then, Wolfgang Flur has been a collaborator to countless numbers of his countries newer stars, as well as becoming a DJ, specialising in tech house and electro. 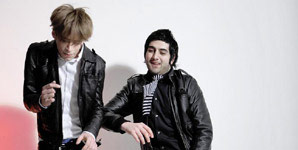