'Chicago Fire' stars Eamonn Walker and Taylor Kinney led arrivals at the 2015 NBC Upfront Presentation held at Radio City Music Hall in New York. The series began in 2012 and follows a group of firefighters in their day to day life.

It has always been thought that alien life would arrive on the planet from space, but when colossal monsters arise from the depths of the Pacific Ocean, it soon becomes clear that mankind are facing a threat unlike what they have ever anticipated before. The creatures are known as Kaiju and manage to effortlessly destroy cities around them, use up resources and take away millions of lives. While the Earth's population worry that the apocalypse has finally arrived, the military are less than willing to accept that fate and build enormous robots called Jaegers in an attempt to fight back. They work by having two people controlling them from the inside with their minds linked. However, even they are no match against the Kaiju and the defenders of Earth decide that they must enlist the help of an ex-pilot and untested trainee to bring to life an early model of a Jaeger that has earned much recognition despite being potentially just as useless as the others in this fight for the survival of Earth.

Directing and co-writing this action-packed sci-fi flick is Guillermo Del Toro ('Pan's Labyrinth', 'Hellboy') with writing credits also from Travis Beacham ('Clash of the Titans', 'Dog Days of Summer'). It is due to be released next summer; July 12th 2013. 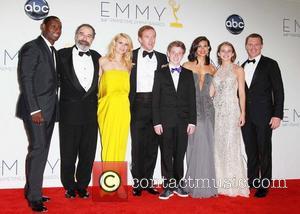