A Good Day To Die Hard: The Best Worst Film Ever?

Last night, the Contact Music gang settled in for a night of Sunday night viewing. After many arguments, we finally decided upon National Treasure 2: Book of Secrets. This got us thinking: what is the worst film to dominate the box office charts?

Die Hard – A Good Day To Die Hard is certainly up there. The 5th Die Hard film managed to top the box office this weekend, beating out some admittedly pathetic competition, taking $25m in the process. With a hugely embarrassing 16% score from collected reviews on Rotten Tomatoes, it surely has to be the worst film to prosper in ticket sales.

Continue reading: A Good Day To Die Hard: The Best Worst Film Ever? Continue reading: Was Bruce Willis' Interview On 'The One Show' Really That Bad?

We were fearful of what the 'A Good Day To Die Hard' reviews would look like, and it looks as though our trepidation has been vindicated. The 5th installment of Bruce Willis' action franchise is a step too far; perhaps even two steps.

A paltry 11% (so far) on review aggregator site Rotten Tomatoes will make grim reading for Willis et al - but critical success doesn't always correlate with commercial proficiency.  Still, being called "Obnoxious, over the top and often dull," (USA Today) can't be nice. It's difficult to find a shred of positivity while sifting through the sea of negative reviews. Variety come close, saying, "the action elements aren't the problem here. They're certainly loud enough. It's the obligatory intra-family squabbling and preposterous plotting that threaten to derail this nonsensical sequel." Having said that, describing something as: not "the problem", isn't exactly positive, is it? Heyuguys.com reviewer Stefan Pape bemoans the longevity of the franchise: "'I'm going to count to three. There will not be a four,' mutters Alan Rickman's Hans Gruber in the very first Die Hard movie. If only the filmmakers of this renowned action movie franchise had taken note, as after a triumphant trilogy, we now set foot into what is the fifth instalment in the Die Hard series."

It's probably safe to say that everybody wanted A Good Day To Die Hard to be good, but the chances of that were always slim. An action film first, this fifth (but not final) instalment fails to capture the vigour with which John McClain one defeated his enemies.

By Jack de Aguilar in Lifestyle / Showbiz on 08 February 2013

25 years after the first Die Hard film was made, Bruce Willis struts down the red carpet for the 5th instalment of the action franchise, A Good Day To Die Hard. And he's not done yet.

On a rainy red carpet in London's Leicester Square last night (Thurs Feb, 7) Willis said to The Huffington Post: "I seldom think about the passage of time. I'm always surprised to hear that it's been 25 years. It's still fun to do." And at the age of 57, he admitted that the early starts and long hours don't put him off. "I still like making movies. They're fun to do, especially these Die Hard films," explained Bruce. So will we be seeing a sixth Die Hard movie? It would appear Willis isn't ruling anything out. Die Hard 5 sees John McClane team up with his son, Jack, to fight off the terrorists.

Australian actor Jai Courtney - who plays McClane Junior - says the experience was "fun" but "surreal" at times. "Bruce is a lovely guy. We had a lot of fun making the movie. It was surreal and kind of strange but a lot of fun," he said. "You need a lot of trust too and we were able to work together in an organic fashion and had a lot of fun in the process. There was a lot of chemistry there," added Courtney.

Bruce Willis Speaks Out Against Removal Of Gun Rights

By Holly Williams in Lifestyle / Showbiz on 06 February 2013

Bruce Willis has spoken out about his opposition to the suggestion of a proposed gun ban in the US following the tragic Connecticut school shootings.

In an interview with The Associated Press, the 'Die Hard' star spoke of his fears that any change to the second amendment to the US constitution could result in all human rights being relinquished. 'I think that you can't start to pick apart anything out of the Bill of Rights without thinking that it's all going to become undone', he said. 'If you take one out or change one law, then why wouldn't they take all your rights away from you?' He has also argued with the suggestion that violent movies and video games are the type of thing that causes gun violence in America such as the massacre at Sandy Hook Elementary School in Newton, Connecticut and at the cinema in Aurora, Colorado - two events which took place last year within months of each other.  'No one commits a crime because they saw a film. There's nothing to support that', Willis said. 'We're not making movies about people that have gone berserk, or gone nuts. Those kind of movies wouldn't last very long at all.'

The actor is well-known for his violent action movies such as 'Pulp Fiction', 'The Fifth Element', 'RED' and, most famously, the 'Die Hard' movies; the fourth of which, 'A Good Day To Die Hard', is due for release on February 14th 2013. 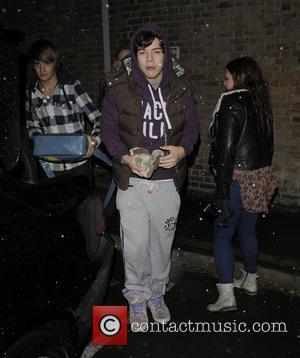 Mctiernan Gets One Year In Prison In Wiretapping Case 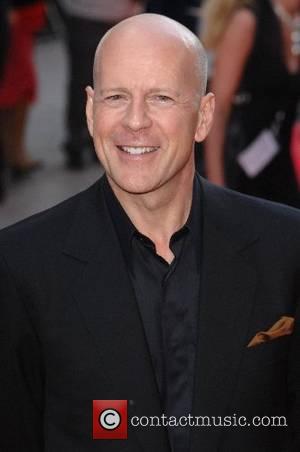 Willis Speaks Out For Guns