Dianna Agron was shocked when iconic director Steven Spielberg knew her and wanted her to work on a film he was producing. 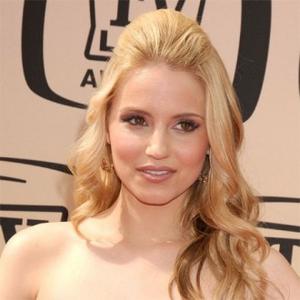 Dianna Agron was "flabbergasted" when Steven Spielberg knew who she was.

The 'Glee' actress met the iconic film director earlier this year, and was surprised when he knew who she was and wanted her to star in 'I Am Number Four', an action movie he was producing.

She said: "This project kind of came full circle because in January I had met Steven Spielberg. He had said, 'You know, there is this awesome script and we're interested in you but you're not available because it shoots in October.' And I was just flabbergasted that he knew who I was."

Initially she was worried she wouldn't be able to work on the project because of her schedule for Ryan Murphy's 'Glee' - in which she plays cheerleader Quinn Fabray - but managed to work out a plan.

She told Collider.com: "My manager, love her, was like, 'We can shoot for this.' and I said, 'You're crazy. The shoot goes too long and it's not going to match with the break.'

"Luckily, I read The Script, and I loved it. I met the director D.J. Caruso and we just bonded so quickly. Both the film and the show worked around each other. So I'm here because of very many things, people, luck, patience, and my manager being persistent."

'I Am Number Four' - which also stars Timothy Olyphant, Kevin Durand and Alex Pettyfer - is due for release in early 2011.