Glee Actress Dianna Agron Is Channelling Her Grief From Losing Her Friend Cory Monteith To An Overdose For Her Role In A Play About Tragic Fashion Designer Alexander Mcqueen. 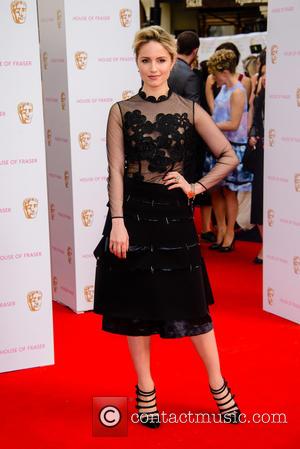 The 28 year old portrays an avid fan of the style mogul, who took his own life in 2010, in MCQueen, a new production which opened for previews at the St James Theatre in London's West End on Tuesday (12May15).

Agron compares losing her former Glee co-star Monteith to an overdose in 2013 to the shocking loss of the designer three years earlier, and admits she can see the similarities.

She tells Britain's The Daily Telegraph, "A few (of MCQueen's friends) have said that they wouldn't have guessed that that's what he would have done (committed suicide). But it's so hard to say that. I lost a friend (Monteith) a few years ago, to an overdose... But you just don't know. You can see somebody through the course of the day. But it's what they're dealing with at night, in those private moments when nobody's seeing them... I knew past moments were hard for him (Monteith) but he always put on such a good face. And the last thing he would have wanted to do was worry anybody."