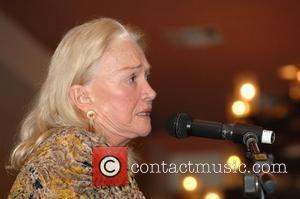 Actress Diane Ladd has spent years and a small fortune on a campaign to find out the truth about apparent government whistle blower MARTHA MITCHELL after the ghost of the former U.S. Attorney General's wife appeared to her minutes after she died in 1976.
The actress mother of Jurassic Park star Laura Dern had just visited the Watergate Hotel in Washington, D.C. - one of the key locations in the burglary scandal that brought Richard Nixon's administration down - during the run of her Lu Ann Hampton Laverty Oberlander play at the nearby Kennedy Center, when she first encountered Mitchell's spirit.
She recalls, "It was Memorial Day weekend and I was in the apartment... It was exactly 4.45 in the morning and I was dead asleep. I felt someone shake my left arm. I was terrified.
"As I sat up, there was a gold vision... (and) I could see a person within the gold vision."
The spectre disappeared as Mitchell got out of bed, convinced there was an intruder in the house.
Then she was haunted by whispering voices throughout her performance onstage that night.
She adds, "The third act comes and I'm now on this huge stage alone... and just as I'm about to speak I feel someone walk up beside me and there's nobody there. I'm so thrown because I feel somebody's there... but I can't see anybody there.
"There's 1500 people there, waiting for me to speak my lines, so I take a breath and before I can speak, someone else speaks. She says, 'Chose you... Must... Martha...' Then silence, and everybody out there's waiting for me to speak so I had to go on with the play.
"I didn't deal with it and the very next morning I had to do a television show... The show went great and at the end of the show, for some reason, I say (to the host Maury Povich), 'Maury, do you know anybody named Martha?' He said, 'Oh my God, oh my God, you're the one. You'll tell the truth'.
"I said, 'Who's story?' 'Martha Mitchell'. I said, 'Martha Mitchell, Attorney John Mitchell's wife, the crazy old alcoholic?' (Povich said), 'She's the one who brought them all down. She's the one who did it.'
"I'm going, 'Alright, Maury, OK, I'll meet her.' (He said), 'You can't meet her; she died... yesterday morning at 4.30am.'"
The whole experience made Ladd compelled to find out more about Mitchell - and she told the whole story for a recent taping of U.S. TV show Celebrity Ghost Stories, insisting Mitchell was held captive by government officials after she threatened to go to the press with what she knew about the Watergate Scandal.
She adds, "Martha Mitchell was Watergate and she had something to tell us that hasn't been told. All the congressmen and representatives mocked her, called her a dirty, crazy alcoholic, called her insane, but she was a truth teller.
"Martha Mitchell, you were a great lady and I know you went through living hell, you were held down, you were kidnapped, you were given a shot against your will. That should not happen in my country." 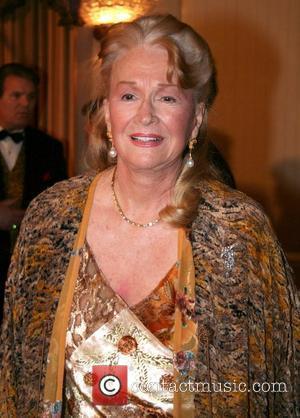 Director Betty Thomas' name in the opening credits of "28 Days" came as a big...