Diane Kruger doesn't think her relationship with Joshua Jackson would be any better if the couple got married and she has no plans to ever tie the knot with the actor. 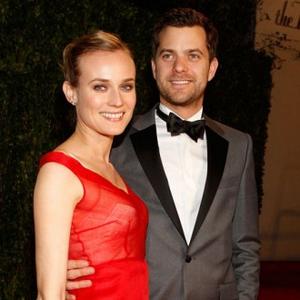 The 'Troy' actress - who divorced French actor Guillaume Canet in 2006 after five years of marriage - is "committed" to Joshua but doesn't think their relationship would be made any stronger by making it official.

She said: "I'm not religious, so that aspect of it means nothing. And don't get me wrong - I believe in commitment.

"But out of experience I know if that goes away, no paper you have signed will keep you around."

The blonde beauty also revealed one of the things she likes most about Joshua is his appearance, as she believes immaculate presentation is one of the key things you need to attract a partner.

She explained in an interview with Allure magazine: "Appearance is very important! It's not just the hair or the nice jeans. It's the whole package you're attracted to in the way the person presents himself or herself."

Diane, 33, has also lifted the lid on her favourite music, and admits she loves Lionel Richie's songs because they remind her of her early romantic experiences.

She said: "I remember the music I kissed to, my favourite bad 80s music. 'Hello' by Lionel Richie, Sade, Depeche Mode. I still love that stuff."