Diane Kruger has become the new face of Chanel Skincare, continuing her association with the high end brand. 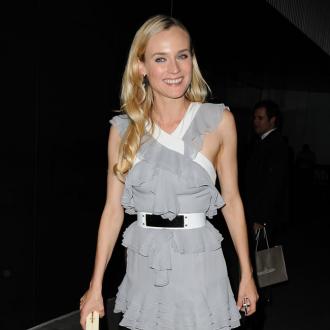 Diane Kruger has been named the new face of Chanel Skincare.

'The Host' star's ''sophistication'' has always attracted the brand, and they were keen to extend their work with her by using her for a new beauty campaign.

Chanel said in a statement: ''With her natural elegance and beauty, Diane Kruger is one of the freshest, most recognizable faces in film.

''Now an ambassadress for Chanel, Diane Kruger will be the face of a new skincare advertising campaign, due to be unveiled in 2013.''

Diane - who spent 15 years as a model - has said despite the amount of pressure placed on looks in both industries, she isn't interested in the latest health trends and believes some famous people are ''silly'' to worry about their bodies so much.

She scoffed: ''I just did a movie with ['Zero Dark Thirty' actor] Jason Clarke in upstate New York. We were going for dinner, and he went, 'You know what? I found this great organic juicing place, only ten miles from here.'

''I turned round to him and said, 'You know, you're the reason people hate actors!' Not that I think it's bad to be healthy, but it's an obsession. The irony of driving to Los Angeles to go on a hike - it's so silly.''