Diane Kruger Likes To Dress Herself

Diane Kruger insists she rarely uses a stylist and will only enlist the help of one for big events. 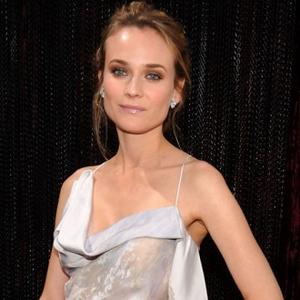 Diane Kruger only uses a stylist for big events.

The stunning actress insists she normally doesn't get any help when it comes to her clothes but does work with someone during the awards season and when she has a movie to promote although gives strict instructions as to what she'll wear.

She said: "I'll only use a stylist for The Oscars or something like that, or a promotional tour for a movie when I'm travelling for six weeks and I need 25 outfits just for press days and 10 premieres. But I will tell them what I want."

Diane also revealed how boyfriend Joshua Jackson's style has evolved since they began dating as he knows she likes him to look good.

The 34-year-old beauty told America's Glamour magazine: "When you are in a relationship, you want the other person to appreciate the things you like. It sounds superficial, but it's nice.

"We go shopping. But he likes it. I definitely wasn't fond of these blue sneakers that he wore all the time for about a year-and-a-half.

"They're now weekend shoes! He was a hoarder, which most men are, I think. He had sneakers from when he was 15."