The actress didn't think 'Into The Fade' would reach the competition stage.

Diane Kruger may be forced to get inked after losing a bet in regards to her new movie's success at the 70th annual Cannes Film Festival. She bet against 'Into the Fade' making it to competition, which it did - and then some. Well, a wager is a wager! 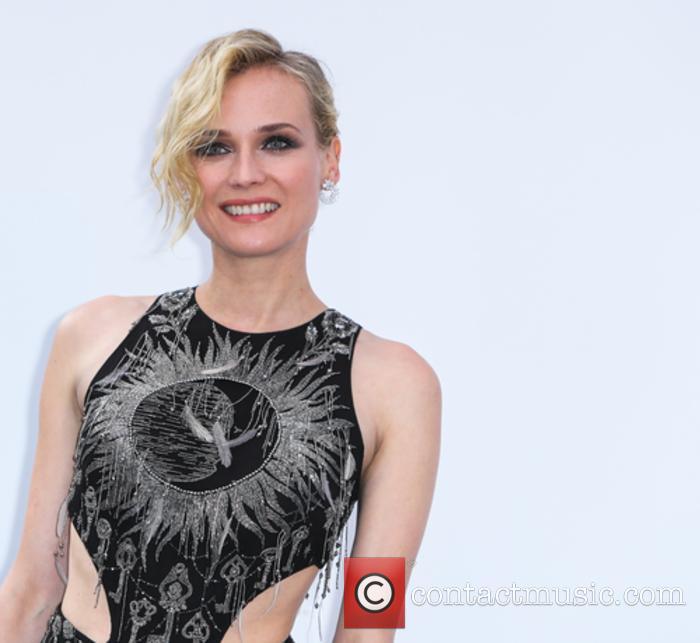 'The Bridge' star made a bet with award-winning director Fatih Akin ('Head-On', 'The Edge of Heaven') that their revenge thriller 'In the Fade' wouldn't reach the competition list for Cannes this year. She agreed to get a tattoo of an achor somewhere on her body if she wrong, and not only was it nominated for the Palme d'Or prize but Diane Kruger also took home the Best Actress award.

Continue reading: Will Diane Kruger Get A Tattoo After Losing Cannes Bet?

Robert 'Bob' Mazur is a federal agent who has been assigned the task of going on an undercover mission to infiltrate Pablo Escobar's drug trafficking business that was rife in 1986. In this film we see Mazur pose as a slick money - laundering business man who can be of benefit to Escobar and his company. Emir Abreu acts as Mazur's sidekick after being teamed together in the staff briefing and they set out to infiltrate the gang by drinking and socialising with them, their main target being that of Roberto Alcaino who is one of Escobar's top lieutenants.

Sometimes paranoia and reality are the same.

When you're so conditioned to the warzone, re-entering the 'real' world can be challenging, and often just as terrifying. Director Alice Winocour went to great depths to explore this idea of Post Traumatic Stress Disorder in former soldiers with her gripping new thriller 'Disorder'.

It's no secret that men and women often return from military combat changed beyond recognition. The horrors of war leave scars that never fade, and often these troops are forced to live the rest of their lives in fear; looking over their shoulders every single day overwhelmingly paranoid, even in the comfort of their mundane home lives, they struggle to shake those ingrained thoughts of violence and brutality they once saw. In 'Disorder', a new thriller directed by Alice Winocour ('Augustine'), we follow the after-effects in one man who returns from Afghanistan and takes on a security job.

The Bridge - FX's New Drama Holds Its Roots In Scandinavia

What links the sweltering border of American and Mexico, with the bleak line between Denmark and Sweden? Well, it’s The Bridge – and not just Bridge of the Americas or Øresund Bridge which link up the respective countries, but the drama that incorporates them both. 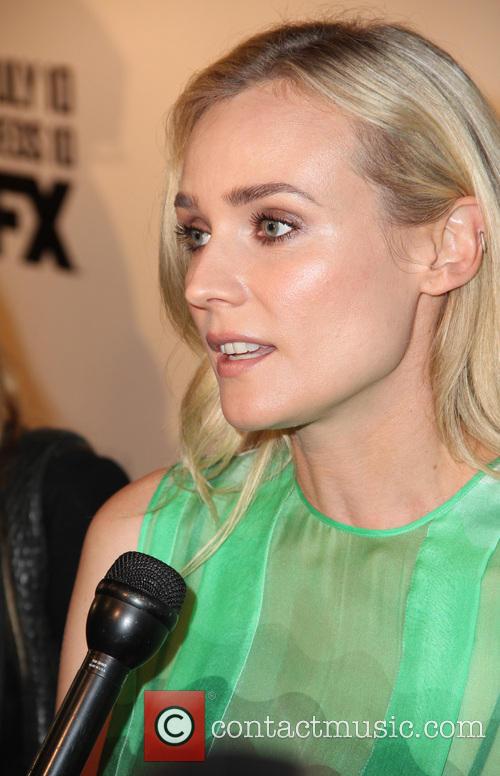 Diane Kruger at the premiere of The Bridge

FX have taken the Scandinavian version of The Bridge – the original, which appeared on the BBC back in 2011 – and reworked it for an American audience. It follows Demián Bichir and German actress Diane Kruger as the Mexican/American police team charged with tracking and stopping a serial killer with an apparent political motive. The original saw a body over the border of Sweden and Denmark, and featured a similar method by the show’s antagonist – placing half the body in each country so if falls under both of their jurisdictions.

Watch the trailer for Anything For Her.

Continue: Anything For Her Trailer

By Bill Gibron
Weak
It used to be, audiences didn't care if an action movie was brainless, as long as it delivered the goods. Provide ample stuntwork, some mind-blowing special effects, and a linear narrative pitting good (or gallant) vs. evil (or Eastern European) and you have a semi-guarantee of success. But nowadays, thanks to the intellectualized approach taken by Bond and Bourne, audiences demand a little heft with their heroics. Sadly, there's not much cinematic substance to the growing National Treasure franchise. This Book of Secrets sequel to the surprise hit should be subtitled Thrillers for Dummies. It's nothing more than a series of ADD driven vignettes held together by the flimsiest of plots, helmed by the dude who made 3 Ninjas. 'Nuff said.

Since their last adventure, things have changed rather significantly for Team Ben Gates (a null set Nicolas Cage). Our hero is continuing his treasure-hunting ways, but he's broken up with gal pal Abigail Chase (Diane Kruger). Papa Gates (a lost Jon Voight) has been helping sonny boy over his rough relationship patch, while tech wiz sidekick Riley Poole (a far too-wisecracking Justin Bartha) has published a book and is deep in debt to the IRS. When a mysterious figure named Mitch Wilkinson (Ed Harris) shows up, carrying a page out of John Wilkes Booth's diary implicating Gates' forefather in the assassination of Lincoln, the ancestors vow to clear his name. Turns out the long dead relative could have been trying to hide the location of the lost City of Gold -- Cibola -- from conspiring Confederate rebels. It's up to Gates to find the truth, and the vast wealth at the end of said quest.

By Christopher Null
Excellent
Wicker Park is a remake of a 1996 French film that nobody saw, called L'Appartement. Don't bother looking for it now; it's not available on DVD in the United States. If the premise of Wicker Park holds any interest with you, you'd best go see it soon, as the film is unfortunately destined to meet a similar fate as its predecessor.

Explaining the film - or even saying what genre it's in - is a bit tricky. Josh Hartnett plays a young ad executive named Matthew, who's obviously done well in parlaying a job as a camera repairman into a creative position in New York. Briefly back in his old home town of Chicago before jetting off to China, Matthew abruptly runs into old pal Luke (Matthew Lillard) and catches what he's sure is a glimpse of old girlfriend Lisa (Jessica Lange-lookalike Diane Kruger, last seen as Helen of Troy). Luke - on the cusp of marrying his boss's daughter (Jessica Paré) - is thrown into such a panic he blows off his trip overseas. What unfolds over the next two hours is the story of Luke and Lisa - how they met, how they abruptly split up, and the strange mysteries that are hidden in the past. 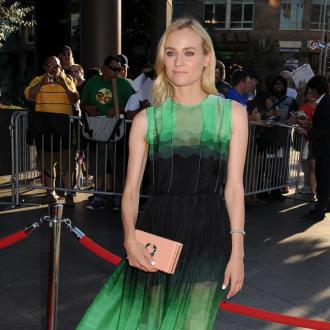 Diane Kruger: I thought beauty was being perfect