Diana Ross is willing to take over guardianship of Michael Jackson's children if the custody arrangement between Katherine and Tito Joe 'TJ' Jackson doesn't work out. 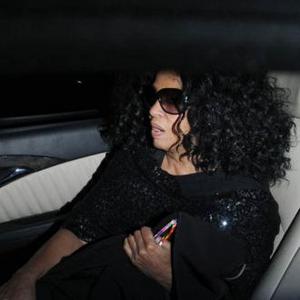 Diana Ross is willing to take over guardianship of Michael Jackson's children.

The Motown legend was named as a back-up guardian for Prince Michael, Paris and 'Blanket' in their late father's will and although they are now under the shared custody of their grandmother Katherine and cousin Tito Joe 'TJ' Jackson, she has made it clear she will step in and care for her godchildren if needed.

A family member who was present during Diana's recent visit to see the kids told the New York Post newspaper: ''For the first time, Ross said she was willing to step in 'if needed'. She had never spoken like that before.

''Whether she wanted to be listed as guardian or not, she's not going to abdicate any authority.''

After the recent drama of Katherine losing and then regaining guardianship, Diana wanted to make sure the children were fine and travelled to see them in person in Calabasas, California.

The source added: ''[After Michael's death in 2009, Diana would phone the kids to see] if they needed advice or anything else. But last week, she wanted to meet with the children in person to make sure she heard all the right things. Things you can't easily detect on the telephone, like Body Language.''

Diana, 68, also made Paris, 14, promise to call her if she or her brothers ever need her help.

According to the source, Diana left the warring Jackson family with the message ''mess with Michael's kids, and you're messing with her''.

Diana was also anxious to ensure Katherine, 82, is coping with her responsibilities and many of the Jackson family members would welcome her taking over.

The insider added: ''It wasn't just Michael who loved her - we all do. His kids like her a lot. Who wouldn't? She's Miss Ross!''