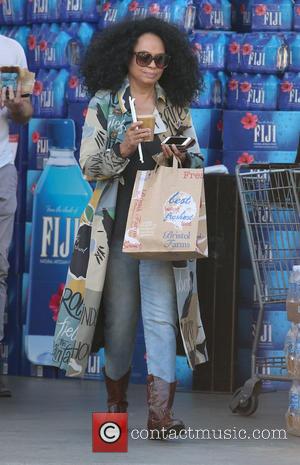 Diana Ross gave her new daughter-in-law Ashlee Simpson her seal of approval by singing with the former pop star at a historic show in New York City on Tuesday night (03Feb15).

Simpson married Ross' actor son Evan in August (14) and the couple turned out to see the soul legend perform at the Kings Theatre in Brooklyn, New York on Tuesday to mark the building's relaunch after extensive renovations.

Towards the end of the show, Ross belted out a version of Gloria Gaynor's I Will Survive for a second time, and she invited her son and his new wife, as well as Simpson's young son, onto the stage for a family singalong, according to the New York Post.

Evan Ross and Simpson, who released three albums during her brief pop career, and five-year-old Bronx, sang along with the superstar, and they were also joined by the singer's vocalist daughter Rhonda.