Devo vocalist and founder Bob Casale died Monday from “conditions that lead to heart failure,” the band has announced on their Facebook page. Casale was 61. Casale joined the band at its beginning, after Gerald Casale founded Devo with Mark Mothersbaugh when they were students at Kent State University in the early 1970s. Bob was recruited by his brother, along with Mothersbaugh’s brother, also named Bob (Casale was referred to as Bob 2 to differentiate). 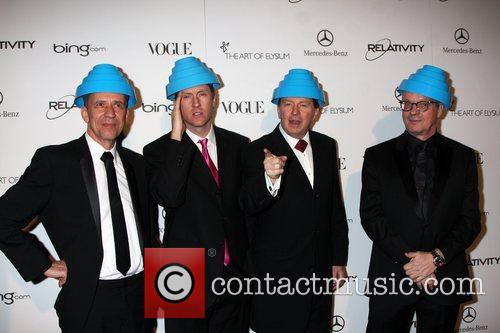 Devo were known for their quirky musical style and excellent taste in head gear.

Together, the four musicians crafted Devo’s signature synth pop and rock sound, mixing kitsch science fiction themes with social commentary and satire. Casale served as the band’s guitarist and keyboardist, while also helping in the production of many of the songs. He added the signature discordant keyboard to the band’s greatest hit – the 1980 single Whip It. Devo officially broke up in 1991, but continued to tour on and off for the following two decades. In 2010, the band released Something for Everybody, its first new album in 20 years.

"As an original member of Devo, Bob Casale was there in the trenches with me from the beginning," Casale's brother Gerald wrote in a Facebook post Tuesday. "His sudden death from conditions that lead to heart failure came as a total shock to us all."

Casale is survived by his wife and two children.

Listen to Whip It below.