Detroit Social Club release their new single I Am Revolution on 28th March 2011, having previously released material through Polydor Records, the band have decided to go it alone and set up their own label 'F*ck Pop'. I Am Revolution acts as a statement of intent for the band and their future, and harks back to their original love of dirty rock 'n roll songs.

The band have just headed out on their largest tour to date and sees them take it back to basics playing at some of the venues/clubs that first ignited their passion for music. 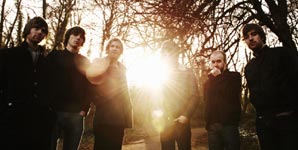