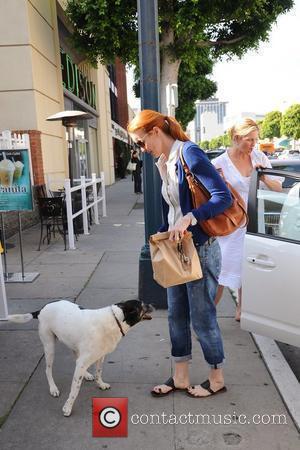 Desperate Housewives star Teri Hatcher was left stunned at an Australian film premiere after a fan proposed to her on the red carpet.
The actress was attending the unveiling of her new movie, Coraline, in Sydney on Wednesday night (10Jun09) when she was approached by an elderly gentleman.
And Hatcher was shocked when the man asked for her hand in marriage.
She says, "I was mostly terrified. Apparently that happens a lot here but it has never happened to me."